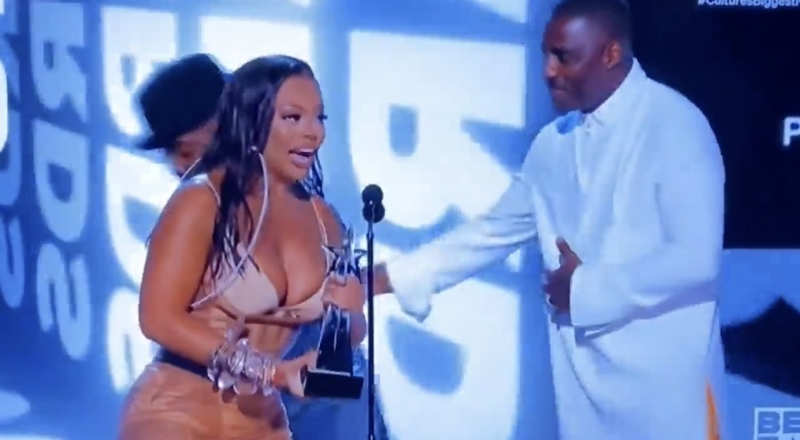 The BET Awards are currently underway, in Los Angeles. Several awards have been handed out at the Microsoft Theater, including for Best New Artist.

This Best New Artist Award has now been given to Latto, who has been a huge breakout rapper, since mid-2020. That year, Latto soared to stardom, with her “B*tch From Da Souf” remix, featuring Trina and Saweetie. Latto earned Best New Artist over Yung Bleu, Benny The Butcher, Baby Keem, Priscilla Renea, and Tems.

In 2021, Latto also had one of the biggest records of the year, in “Big Energy.” It peaked at number three in the US, and is also platinum. Currently, Big Energy is number four, on the Billboard Hot 100 chart. Big Energy is also the number one best selling download of all songs this year, in the US, so far. In March, the remix featured Mariah Carey and DJ Khaled.

This past March, Latto also delivered her sophomore album, “777.” That debuted at number 15, on the Billboard 200 chart. 777 contained 13 tracks, which was led by other singles such as “Wheelie,” featuring 21 Savage, and “Soufside.” Latto also collaborated with Lil Wayne, Childish Gambino, Kodak Black, and more.

Check out Latto receiving her Best New Artist Award at the 2022 BET Awards, below.