Home » Video » LeBron James gets blasted, on Twitter, for leaving Game 6 without shaking hands, after Suns eliminate Lakers from playoffs, when Chris Paul is supposed to be his “brother” 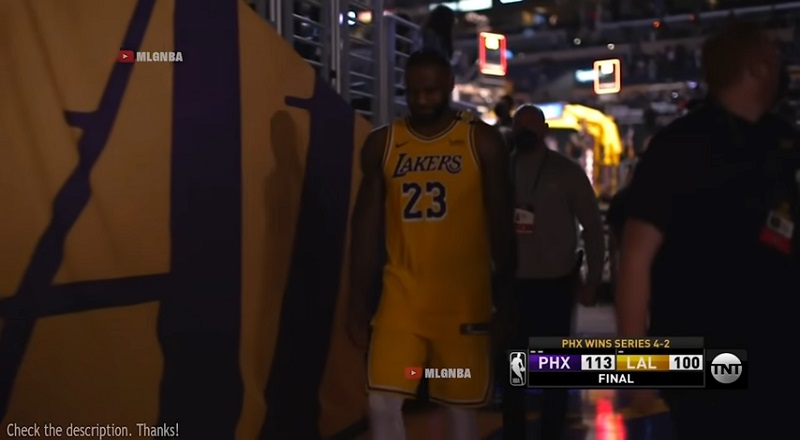 LeBron James blasted for leaving Game 6 without shaking Suns hands. Last night, LeBron had another career first, when he lost in the first round. The Phoenix Suns withstood a strong late-game rally, from the Lakers, to beat them in Game 6, on their home court. Chris Paul deserves much credit for this win.

Before the injuries, the defending NBA champion Los Angeles Lakers looked like favorites to repeat. But, the injuries to LeBron James and Anthony Davis ruined the chemistry. The Lakers had to compete, in the play-in tournament, beating the Warriors, to get to the playoffs.

LeBron James’ Lakers looked like they could be a seventh seed champion, after going up 2-1, on the Phoenix Suns. But, Devin Booker and Chris Paul powered a three-game winning streak, ending the Lakers’ title run, on their home court, in the first round. LeBron James criticized for leaving Game 6 without shaking Suns hands. Twitter is criticizing LeBron James for poor sportsmanship.