Home » Video » Lil Durk and Lil Baby Give Back, By Making It Rain Money From The Top of a House, For Fans [VIDEO] 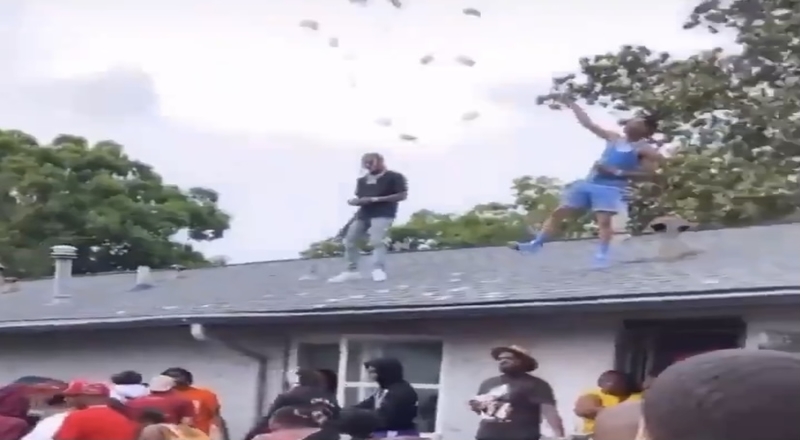 Lil Baby and Lil Durk are starting to be one of the most popular duos in hip-hop. The two are preparing their collab album, “Voice Of The Heroes.” They initially planned for a May 28th release date but that changed due to them wanting DMX’s posthumous “Exodus 1:7” album to have the shine that day.

Now, Baby and Durk are making noise on social media on Tuesday evening as well. This is due to them being seen on top of the roof of a home in a local neighborhood making it rain money. Fans nearby were doing their best to scoop up as many bills as they could as they didn’t want to miss out on these blessings.

Last year, Durk and Baby had a huge record together in “3 Headed Durk.” This appeared on Durk’s “Just Cause Y’all Waited 2” album as it peaked at number 13 on the Billboard Hot 100 chart and is platinum in the US. Last month, the two also appeared on DJ Khaled’s “Every Chance I Get” song. That appeared on Khaled’s new “KHALED KHALED” album and is regarded as one of the most popular songs from that project.

Check out Lil Durk and Lil Baby making it rain for fans below.