Home » Video » Malaysia tells Jackie what happened at the event; Angel tells Jennifer her side of the story (FULL VIDEO) #BasketballWives #BBWLA 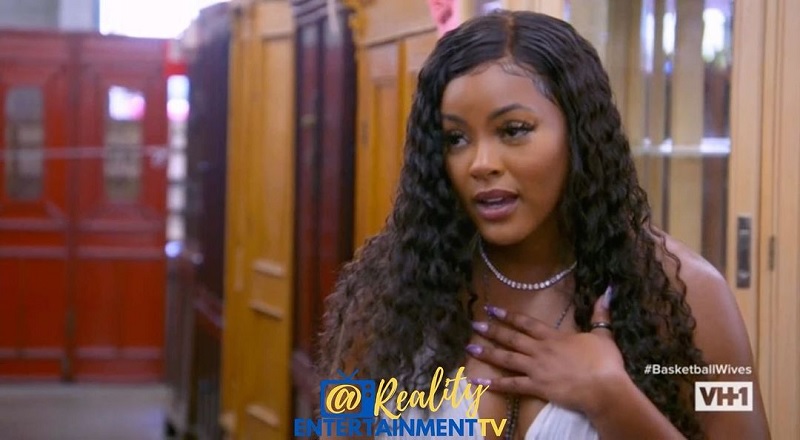 Malaysia and Angel tell Jackie and Jenn what happened on BBWLA

Malaysia Pargo has been the villain of “Basketball Wives,” this season. When the season began, Malaysia found herself at odds with Brandi Maxiell, her longtime best friend. Entering the season, Brandi had not seen Malaysia in three years. The ladies last saw each other in 2019, before the pandemic, which led to lockdowns and quarantines. After that, Brandi dealt with the loss of her father, and she did not hear from Malaysia, which hurt her.

Malaysia Pargo returned to the group and barely acknowledged Brandi. As a result, Brandi began openly speaking against Malaysia. After that, Malaysia brought Zell Swag to an event, knowing the history he has with Jennifer Williams. Almost immediately, tension built, as Zell Swag came in hurling insults, which he is known to do. At this point, Malaysia claimed she did not bring Zell Swag to make anyone feel uncomfortable. In spite of this, Zell brought tension, so Malaysia left.

Malaysia Pargo repeatedly claimed she did not intentionally bring Zell. However, Malaysia showed up to the next event with the girls and brought her friend, Ashlee. It turns out, Ashlee previously dated Angel’s baby daddy. As a result, Malaysia caused more tension, when she brought her. On last night’s episode, Malaysia was speaking to Jackie about it. While Malaysia pleaded her innocence with Jackie Christie, Angel Brinks was telling Jennifer Williams she did not buy what Malaysia was trying to sell.

Malaysia and Angel tell Jackie and Jenn what happened on BBWLA

More in Video
Caresha trends on Twitter, as Tommie gets into altercation with Yung Miami’s friends, and people say Caresha was scared
Brittish Williams tells “Basketball Wives” producers she has been indicted by the IRS and a warrant is out for her arrest (FULL VIDEO) #BasketballWives #BBWLA [VIDEO]