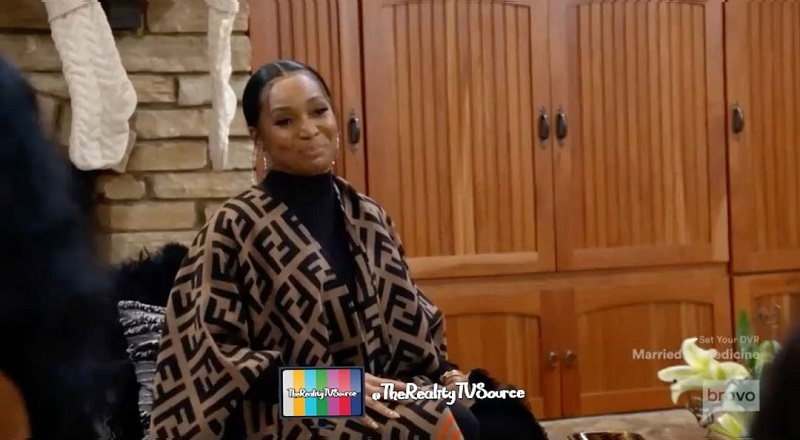 Marlo Hampton is trying to change, but she is having a hard time. Not only does Marlo Hampton finally have her peach, she also has her nephews. Actually, Marlo has had her nephews living with her, long before “The Real Housewives of Atlanta” gave her a peach. But Marlo is having to step up as a mother figure, while still being an auntie. During last week’s episode, Marlo’s stress caught up to her, so she asked her nephews to leave. In turn, Marlo organized a girls’ trip.

Marlo Hampton wanted to have her friends close to her, as she navigated this situation. Among the ladies invited was Kenya Moore. Given her history with Marlo, Kenya is not giving her much sympathy. When Sanya Richards-Ross spoke to Kenya, she dismissed Marlo’s problems, and said she was a poor mother figure to her nephews. As a result, Sanya went right back and told Marlo exactly what Kenya said. Sanya carrying the news back and forth led to Marlo and Kenya’s argument.

Marlo Hampton and Kenya Moore had their argument at the start of the episode. To make Kenya leave, Marlo stayed in the driveway for an hour. As a result, Drew Sidora and Fatum Alford ended up getting into an argument. With that tension already moving, Drew and Fatum got into another argument, when they went to their activity. Also, Kenya threw some political shade. As a result, when Marlo got back, she told Sheree she was leaving, before just asking the girls to leave.