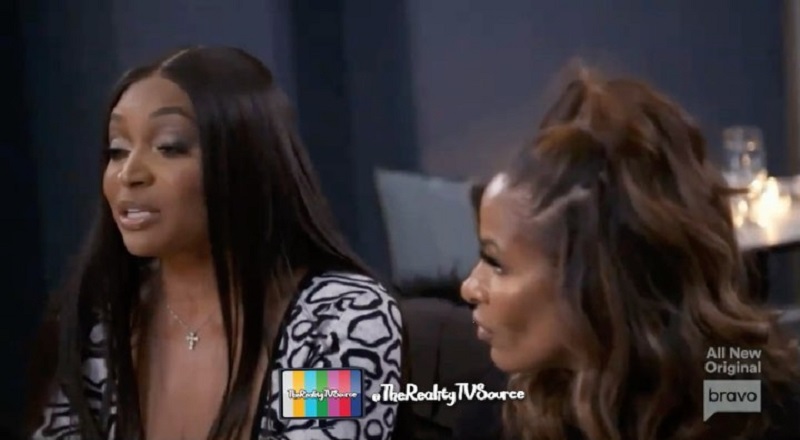 Marlo Hampton and Kandi Burruss argue over her lifestyle

Marlo Hampton and Kandi Burruss have known each other for ten years. While Marlo and Kandi have never had issues, there has been tension. In 2018, Marlo and Porsha got into an argument, where Kandi was almost involved. After that, Marlo did not appear on “The Real Housewives of Atlanta” for a while. When Marlo returned to the show, she had her peach.

Marlo Hampton has always been a controversial figure on the show. What put Marlo Hampton on the map was her argument with Sheree Whitfield. That argument went down as one of the biggest and oddest in reality TV history. With Marlo now being a full time peach holder, she is with Kandi. Now, Kandi is the longest running peach holder on the show, having joined in 2009.

Marlo Hampton confronted Kandi Burruss on tonight’s episode. Apparently, Marlo has a problem with Kandi promoting her explicit toys and things of that nature. Tonight, Marlo confronted Kandi over her lifestyle. Basically, Marlo said that Kandi was too old to be promoting her products that are of an explicit nature. Obviously, Kandi responded to Marlo, defending herself.

Marlo Hampton and Kandi Burruss argue over her lifestyle