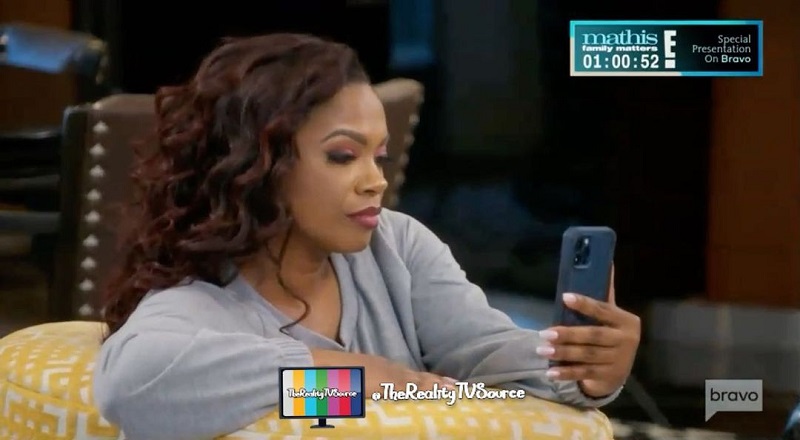 Marlo Hampton has always been controversial, on “The Real Housewives of Atlanta.” Despite Marlo bringing all the drama, she never got a peach. When Marlo was introduced, she was NeNe Leakes’s friend. During Marlo’s return, she was Kenya Moore’s friend, to NeNe’s dismay. As a result, Marlo and NeNe had a huge fight. After that, Marlo and NeNe became friends again.

Marlo Hampton and Kandi Burruss are also friends. On the show, Marlo and Kandi’s friendship was never portrayed. However, Kandi did push for Marlo to get her peach, this season. Because Marlo brings so much drama, fans wanted her to be a peach. Instead, Bravo kept bringing Marlo on as a “friend” of the show.

Marlo Hampton has her peach and she is coming for Kandi on every episode. Tonight’s episode began with Marlo running her nonprofit. Actually, Marlo was seeking donations for her nonprofit. Among other people, Marlo named Tyler Perry as one of her donors. When Marlo called Kandi, Kandi offered some used clothes as her donation. This angered Marlo, as she felt Kandi should know she doesn’t give out used clothing.