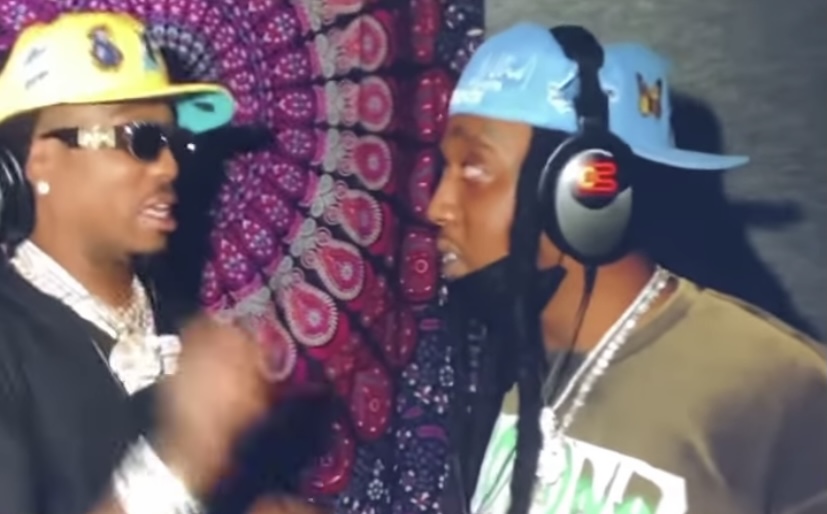 So far this year, Migos have been giving fans great news as they revealed that their highly anticipated “Culture III” album is finally on the way. They’ve been previewing music and even released a trailer in January to generate even more buzz.

Yesterday, Quavo even added that Culture III will be Migos’ “best piece of work” yet. Now, the trio has previewed even more material for fans on social media. Quavo posted footage on his Instagram feed of the group in the studio recording more music.

Quavo and Takeoff were first seen recording some bars in the booth and then, the view shifted to Takeoff as he was laying down a verse as well. Fans loves what they heard as they patiently wait for an official release date for Culture III. This will be their first album since January 2018’s “Culture II,” which debuted at No. 1 on the Billboard 200 chart and is 2x platinum in the US.

Check out Migos recording new songs for Culture III below.

More in Album Preview
A.CHAL – “TAPPD’N” [VIDEO]
Joseline is being trashed by Twitter, for blasting the girl, in “Joseline’s Cabaret,” for having an abortion, when she also had one [VIDEO]