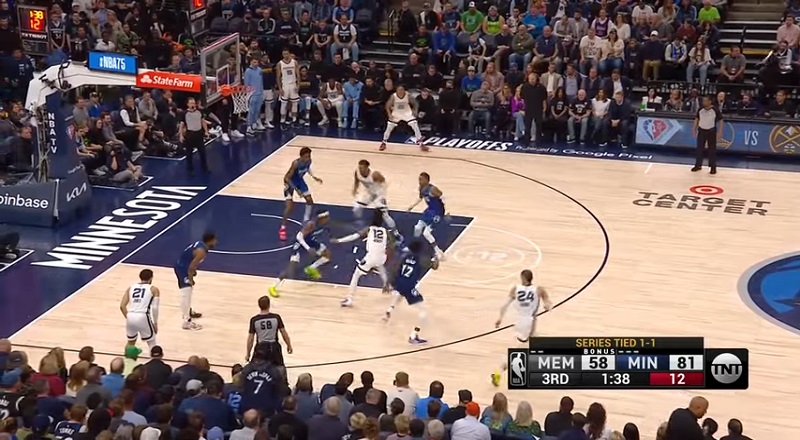 The Minnesota Timberwolves and Memphis Grizzlies have been the feel good stories of the 2021-2022 season. While the Timberwolves have a promising roster, with Anthony Edwards, many people felt they weren’t there yet. Meanwhile, Ja Morant saw his game elevate, as the Grizzlies defied all of the projections. Ja Morant has played like an MVP and the Grizzlies own the second best record in the NBA, finishing only behind the Phoenix Suns.

When the Timberwolves took on the Memphis Grizzlies, they easily won Game 1 in Memphis. After winning Game 1, many predicted the Timberwolves to win the series. Some even felt the Wolves would also steal Game 2, but Memphis took care of home. In Game 3, the Timberwolves were back home, and they dominated from wire to wire. The Wolves even managed to withstand two Memphis comebacks. In the third quarter, Minnesota went up by 26 points. That was when the Grizzlies stormed back to win Game 3, upsetting the Timberwolves in epic fashion.

More in Video
Lil Zay wakes the streets up with “Free Shiesty” single
Mike Tyson hangs out with Rick Ross and Ric Flair at Benzinga Cannabis Capital Conference afterparty at LIV, after fight with man on his flight [VIDEO]