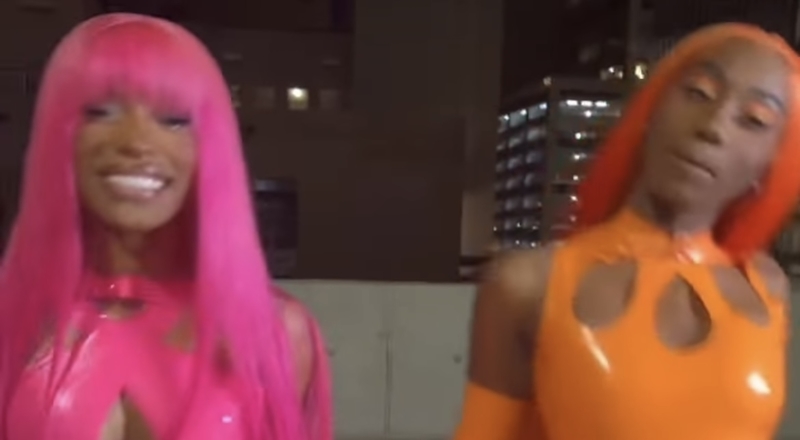 2021 was a very solid breakout year, for 21-year-old Houston rapper, Monaleo. She created a buzz for herself, with her “Beatin’ Down Yo Block” single. She went on to release other hot singles as well, such as “Girls Outside,” “Suck It Up,” and “We Not Humpin’,” which was released at the end of the year.

We Not Humping has been receiving a lot of buzz online since its release, as Monaleo has been teasing the remix for it, as well. Two days ago, Monaleo announced that the remix would be featuring Flo Milli, who is also one of the hottest female rappers out. This collaboration is set for an April 21 release.

Monaleo went on to preview the We Not Humping remix, on Monday. She posted a clip to social media, where she and Flo Milli are each rapping their verses. Monaleo sported an all-pink look, while Flo Milli sported a bright orange outfit.

Check out Monaleo and Flo Milli previewing their collaboration, below.

Monaleo previews “We Not Humping” remix with Flo Milli

Continue Reading
You may also like...
Related Topics:featured, flo milli, monaleo, We Not Humpin'