Home » Video » Moneybagg Yo previews new single, that is coming on May 27 [VIDEO] 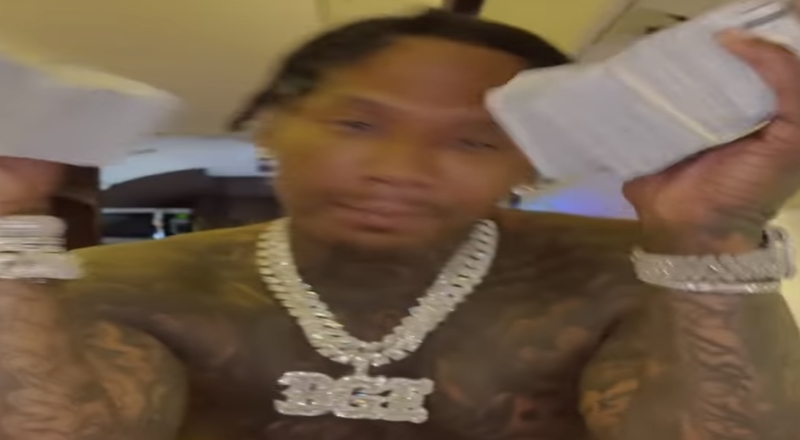 Moneybagg Yo has been releasing new music this month, as two weeks ago, he put out his new “Rocky Road” single. That record featured Kodak Black, as well, which also included a video for. Moneybagg also revealed in that song, that his girlfriend Ari Fletcher, wants another child, but he is focused on making more money. This was Moneybagg’s first single of 2022.

Now, more new music is coming from Moneybagg, this Friday. The CMG rapper recently took to his Instagram feed, to give fans a one-minute preview, and it received overwhelmingly positive reactions. Blac Youngsta, Lil Baby, DaBaby, and other rappers also gave their praises, for Moneybagg. Moneybagg’s IG video in this post also appeared to be some of the scenes of the video, that will be released with this single.

These two new singles could also possibly hint at Moneybagg possibly releasing a new album, sometime in 2022. Last year, he scored his first number one album, with “A Gangsta’s Pain.” That was led by hits such as “Wockesha, “Hard For The Next” featuring Future, and “GO!,” featuring BIG30.

Check out Moneybagg Yo previewing his new single, below.

Continue Reading
You may also like...
Related Topics:featured, moneybagg yo

More in Hip Hop News
Trae Tha Truth says he was invited to go to White House to meet with families of victims wrongfully killed by police, but stayed committed to holding food giveaway, in Buffalo
Benny The Butcher – “Super Plug” [VIDEO]