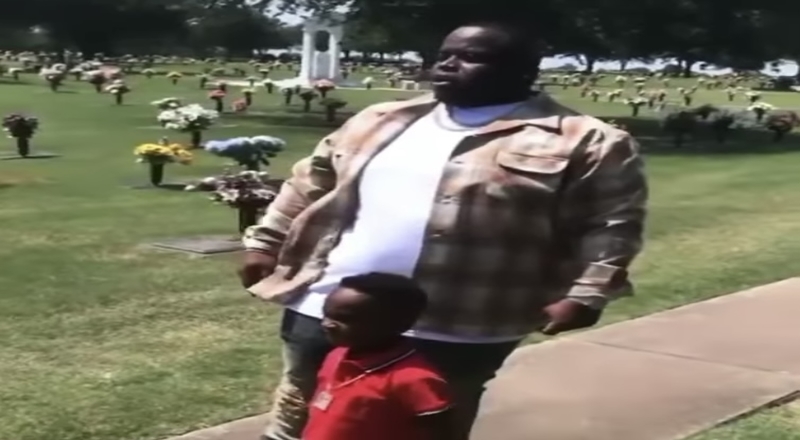 Morray has been one of the biggest breakout rappers of 2021 so far. He released a hot project in “Street Sermons,” has a hot single in “Trenches,” appeared on J. Cole’s “My Life” single, which included 21 Savage, and also appeared on the 2021 XXL Freshman cover.

As the Fayetteville, NC’s rapper popularity continues to grow, more collaborations are on the way with him. Morray recently posted a video of him shooting a music video for a song, as it was shot in Dallas.

Morray also met with late Dallas rapper Mo3’s son, after shooting this music video. Morray had high praise for the boy, as he called him the GOAT. The child also revealed that he has his own single on the way. Mo3 was tragically shot and killed in his hometown in November, after being followed by a man onto a freeway.

Hopefully, this collab from Morray and Mo3 is out soon. Based on the clip provided of the video shoot, it definitely sounds like a hit.

Check out Morray shooting his latest music video, along with meeting with Mo3’s son, below.

Continue Reading
You may also like...
Related Topics:featured, mo3, morray