Home » Video » Nelly is Honored With “I Am Hip-Hop” Award, at #HipHopAwards; Performs Classics Such as “Grillz” and “Hot In Herre” [VIDEO] 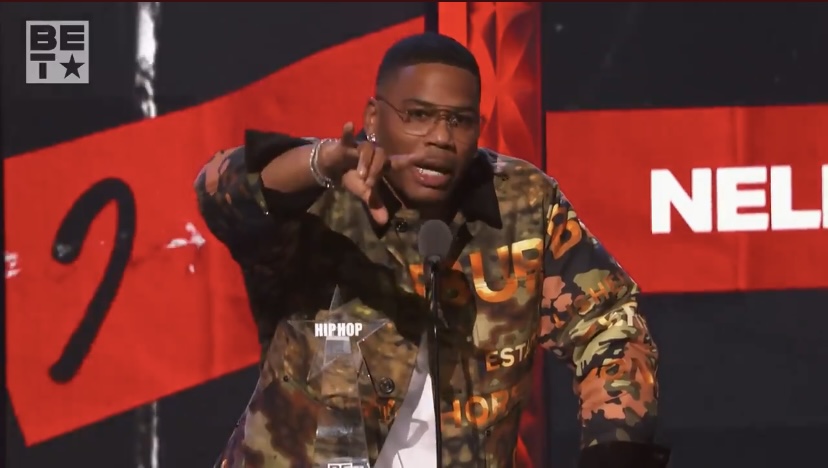 The 2021 BET Hip-Hop Awards aired tonight, as the show was held in Atlanta again. One of the most anticipated awards of the night was for “I Am Hip-Hop.” This went to Nelly, who established himself as one of the biggest hip-hop stars, in the 2000s.

Nelly took the stage, shouted out his entire team, family, and the entire city of his hometown of St. Louis. Following his speech, he went on to perform his classic hit singles such as “Grillz” and “Hot In Herre.” Nelly even went on to bring out Jermaine Dupri and Paul Wall, to perform their verses.

Fans enjoyed reminiscing on the career of Nelly, and many agree, in what he brought to the industry, he’s definitely hip-hop. Nelly came on the scene, in 2000, with his debut studio album, “Country Grammer,” and the rest is history. That project has since been his most popular project, as it is certified diamond in the US.

Check out Nelly accepting his I Am Hip-Hop Award, along with his performance, at the 2021 BET Hip-Hop Awards.