Home » Video » Nicki Minaj brings out Fivio Foreign and BIA, for “We Go Up” and “Whole Lotta Money” performances, at Rolling Loud [VIDEO] 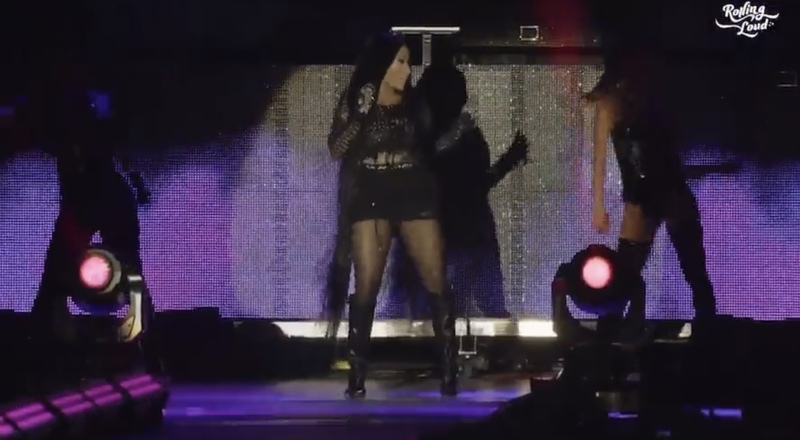 Rolling Loud New York officially kicked off, on Friday. The festival is being held outside of City Field in Queens, this weekend, as 2022’s NY lineup is definitely another star-studded event. Lil Uzi Vert, DaBaby, Moneybagg Yo, and Nicki Minaj were some of the scheduled performers, for day 1 of the festival.

Nicki Minaj was Friday night’s headliner in her hometown, as this was one of the most anticipated festival performances of the year. Nicki performed many of her classic hits, and also brought multiple guest performers. These included Fivio Foreign and BIA. Nicki performed collaborations that she has with the two, such as “We Go Up” and “Whole Lotta Money” remix.

Nicki has been very consistent, in 2022. Four singles have been released, which include We Go Up, and “Bussin” and “Do We Have A Problem?,” as both included Lil Baby. In August, she also put out her “Super Freaky Girl” single, which became the number one song in the US. This month, the remix with Katie Got Bandz, BIA, JT, Akbar V, and Maliibu Miitch was also released.

Check out some of Nicki Minaj’s Rolling Loud NY performances from Friday night, with Fivio Foreign and BIA, below.

.@NICKIMINAJ performing "We Go Up" with Fivio Foreign at #RollingLoudNY