Home » On the Rise » On The Rise: pineappleCITI 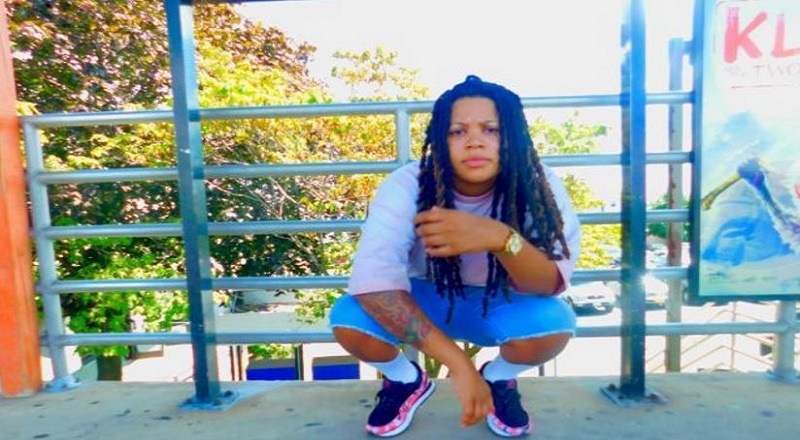 Always, New Jersey hip hop will have an impact on the game. Some real legends have come out of there, with Redman being among the top of that list. Younger fans point to Fetty Wap as the go-to guy from the Garden State rap scene.

pineappleCITI is looking add herself to the list of popular younger artists from New Jersey. She is well on her way with the Spilled Pineapples album out. Self-released, pineappleCITI is having strong results from her new album.

In our latest On The Rise edition, pineappleCITI speaks to Hip Hop Vibe about her career. Comparable to Kanye West, pineappleCITI was in a terrible car crash just when her career was taking off. She discusses this, and much more, in the interview.

Where does the name pineappleCITI come from? I’m originally from Newark, NJ often affectionately called Brick City. I’ve been rapping since I was 7. Since my name is Brittany, my Dad started calling me Britt Citi. While my artist name changed over the years. Citi stuck. Pineapple just represents my personality, my brand, my hair and everything else. So ,when I figured out the name for my project, pineappleCITI just followed suit.

Can you tell us how you ended up being in the #ScottieFeedback contest? Scottie Beam put out a tweet saying she would be having an open mic in NYC. I showed up, it was over capacity, but as fate would have it, she happened to stop right in front of me when telling the crowd it was too packed. I met her, gave her my card, my hat, my flash drive, shit, anything I thought she’d remember me by. We even did a Snapchat and she promised me she would listen to my song. She fulfilled her promise. The next day my face lit up when Elliott Wilson and Scottie reviewed my song #Pepsi and said it was the best they’ve heard, thus far.

You recently got into a car accident, is the healing process going well, so far? It’s been rough. I’ve had a couple set backs. I’ve been staying in a rehabilitation facility for almost a month. In fact, I can’t even feel the bottom of my foot. But God got me, I know that for sure. This is just another scene in the movie.

How did you and Dougie F link up for the “Pepsi” remix? As God would have it, Doug heard “Pepsi” a couple of days after I released it through a mutual friend. He followed me on Instagram. I DM’d him and told him I was a fan. He responded “send me an open verse.” His humility is beyond me. The rest is history.

Is your Spilled Pineapples album doing as well as you expected it to? Its definitely doing better than I expected it to. You gotta know I created this album in two weeks in my producer’s friend’s apartment in Queensbridge. I just started spilling out my soul and magic happened.

Seeing how you have Dougie F on one of your records, will you try to also link up with Fetty Wap? Fetty really represented for Jersey! I love the story of his come up. Definitely would love to collab in the near future.

Since your accident, do you find yourself a bigger fan of Kanye West, seeing how you’ve stated that this is your “Through The Wire” moment? I’ve always been a huge fan. I’ve followed every album and appreciate all sides of Ye. But the accident really made me appreciate him on a human level. I remember being young when it happened and loving the song “Through the Wire” but it’s different now because I’ve actually experienced it. It’s seldom you find someone who lived through your story and became this successful. I use his strength as my strength. I listen to him when I need a pick me up.

Can you let the people know how they can connect with you on social media?

Watch the “Spilled Pineapples” trailer below: