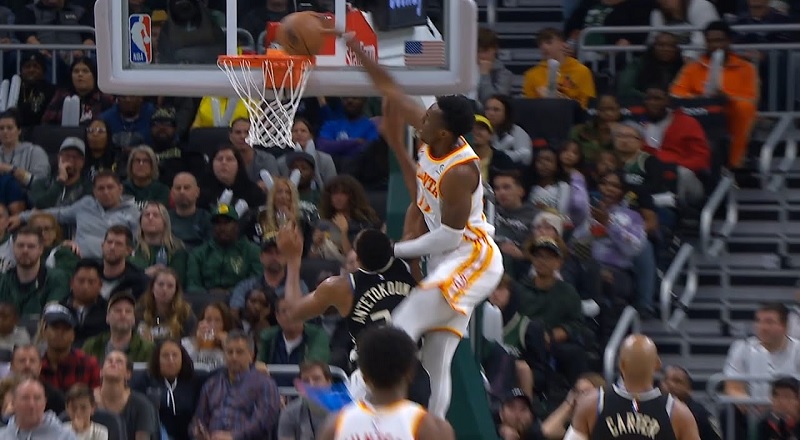 Onyeka Okongwu joined the Atlanta Hawks, two years ago. He was on the team during their historic run to the Eastern Conference Finals, two years ago. The Hawks made the playoffs for the first time, in the Trae Young era, in 2021. Unlike the typical inexperienced teams, the Hawks went all the way to the Eastern Conference Finals. What was most impressive was how they, as a fifth seed, upset the top seeded Philadelphia 76ers. In turn, the Hawks faced Giannis Antetokounmpo and the Milwaukee Bucks, who ended the Hawks in six games.

Giannis Antetokounmpo was a man on a mission. After defeating the Atlanta Hawks, the Bucks went to the NBA Finals, where they faced the Phoenix Suns. Behind historic play from Giannis, the Bucks overcame a 0-2 deficit, in the series, to win the NBA championship. In the closeout Game 5, Giannis scored 50 points, which capped off one of the greatest NBA Finals performances of all time. The Bucks entered 2022 as the title favorites. However, an injury to Khris Middleton left the Bucks undermanned, so they lost to the Boston Celtics in a heartbreaking Game 7.

Onyeka Okongwu is a role player for the Atlanta Hawks. During the 2022 season, the Hawks regressed, falling into the play-in, and losing in the first round to the Miami Heat. As a result, the Hawks retooled to become a contender. Last night, the Hawks had a chance to claim the East’s top record. Standing in the way was Giannis and the Bucks. In an effort to get them out of the way, Onyeka came with a thunderous put back dunk on Giannis. Ultimately, that only slowed the Bucks, who won the game, and improved to 5-0 on the series.