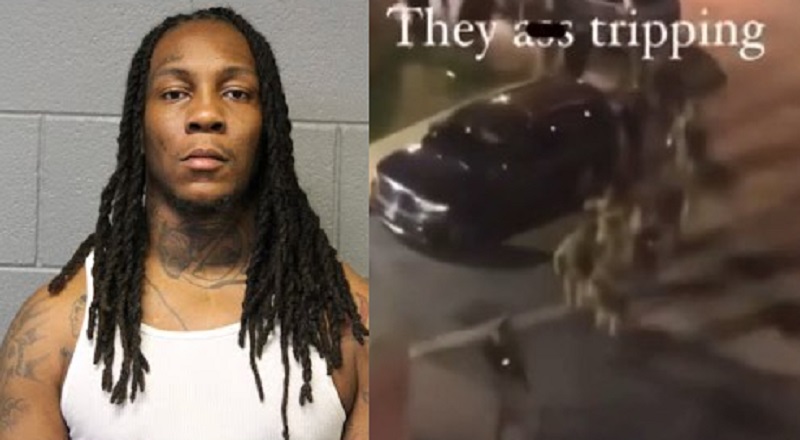 OTF Zoo is one of many Chicago rappers that still live in the city. Zoo is a member of Lil Durk’s OTF camp. Over the past six years, Lil Durk has worked hard to establish OTF. When Lil Durk returned to the game, he partnered with Alamo Records for OTF.

OTF Zoo is a rising star in the game. Just a month ago, OTF Zoo released his last single. The name of the single is “Big Boss” and OTF Zoo featured Boss Top. Given Lil Durk’s popularity and his willingness to share the spotlight, OTF Zoo will get his proper shine.

OTF Zoo was beginning to show promise, as an artist. In only a month, OTF Zoo has over 500,000 streams on his “Big Boss” music video. As OTF Zoo continues to work, his profile will only grow that much larger. However, OTF Zoo has been arrested. The feds raided O Block in Chicago, last night, nd found OTF Zoo with three weapons. As a result, OTF Zoo was taken into custody. The situation with Zoo adds more controversy to OTF.