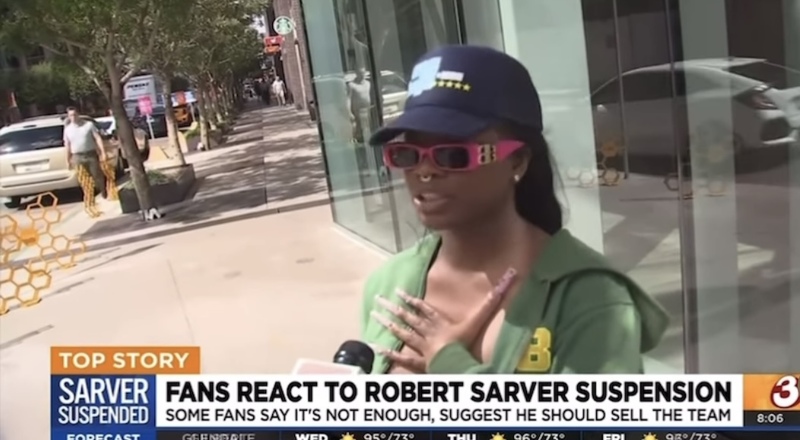 On Tuesday, the NBA suspended Phoenix Suns and Phoenix Mercury owner, Robert Sarver. This will be lasting for a year, as he was also hit with a massive $10 million suspension. This was all due to Sarver using the N-word at least five times “when recounting the statements of others,” comments on employees’ appearances, and “instances of inequitable conduct toward female employees.”

News television channel KTVK 3 went on to interview Suns fans on the streets of Phoenix, following this news. Many fans agreed with the punishment of Sarver, as City Girls’ JT was also part of the individuals interviewed.

KTVK 3 didn’t realize who she was, as JT was seen wearing a hat, and sunglasses. She also revealed how Sarver should be permanently banned from the NBA, like Donald Sterling was. JT added that one year is simply too short. JT went on to speak about this interview on Twitter, as she jokingly said she wanted to rant like this, during a news clip.

Check out JT being interviewed by KTVK 3 about the Suns owner Robert Sarver’s suspension and fine, below.