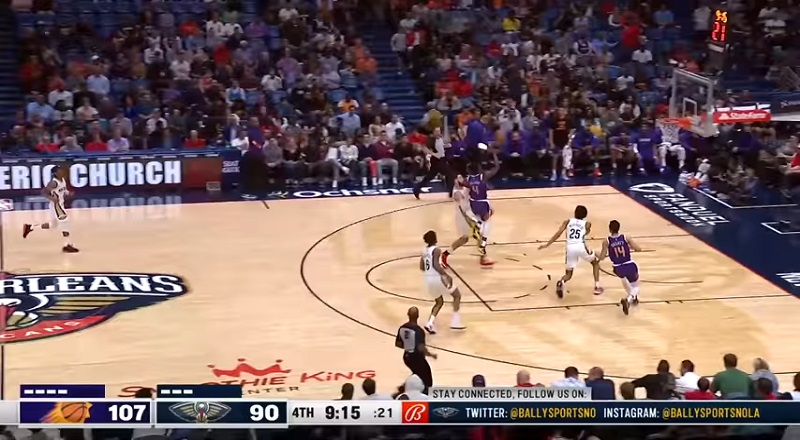 Heading into the season, many people expected the Phoenix Suns to take a step back. The expectation was that a healthy Lakers team would return to 2021 form. Along with that, the Los Angeles Clippers were expected to improve. Last, but not least, the Utah Jazz had the NBA’s best record and they are young and growing, so 2022 was their time. Instead, the Phoenix Suns have owned the league, as Chris Paul doesn’t appear to be aging and Devin Booker is moving in silence.

In the West, it’s been all about the Suns, Grizzlies, Warriors, Jazz, Mavericks, and Nuggets. Mostly it’s been about the Suns, though. Nothing seems to slow them down, not a loss, not an injury. If they happen to lose, it just leads to another win streak. The Suns took over the league, this season, when they went on their 18 game winning streak. When the Warriors ended it, they briefly took over the NBA’s best record for the season.

The Phoenix Suns never got too excited about their success, or too rattled by their shortcomings. Those are championship traits. Another one, a big one, is when a team wins the games they’re supposed to win. As of late, the New Orleans Pelicans have played well. They went from the West’s worst record to putting themselves in the play-in. Last night, the Pelicans hosted the Phoenix Suns, and they dominated early. Devin Booker put the Suns in control and they blew the Pelicans out, 131-115 in New Orleans.