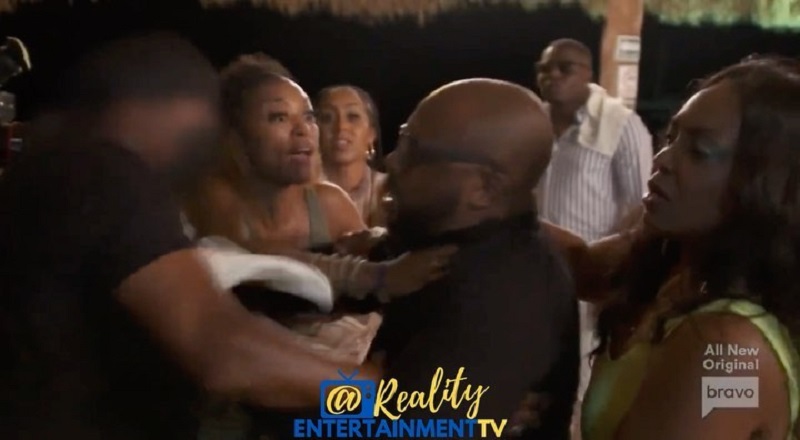 On last week’s episode of “Porsha’s Family Matters,” things got intense. It’s hard to believe Porsha and Dennis once claimed to be in love, as the two got into a fight. What began as a simple argument led to voices being raised, which led to shouting and fighting. Already, Dennis and Storm, Porsha’s cousin, have been getting into it. Ironically, Dennis and Simon, Porsha’s fiancé, get along fine.

Dennis McKinley was introduced during the 2018 season of “The Real Housewives of Atlanta.” In 2019, they welcomed the birth of their daughter, Pilar. Nicknamed PJ, the two seemed to be happy co-parents. But, on “Porsha’s Family Matters,” their problems are on full display. Finally, the tensions came to a head, in tonight’s episode. Clearly, Dennis had enough.

Throughout the season, Dennis and Storm have been going at it. Most fans agree that she’s doing too much with him. Finally, he had enough, and ended up checking her. When she jumped into his argument with Porsha, blows were thrown. Dennis’ mother got hit, so he went into protective mode, swinging back at Porsha, and Storm’s lip was busted. Repeatedly, she said her lip was bleeding.