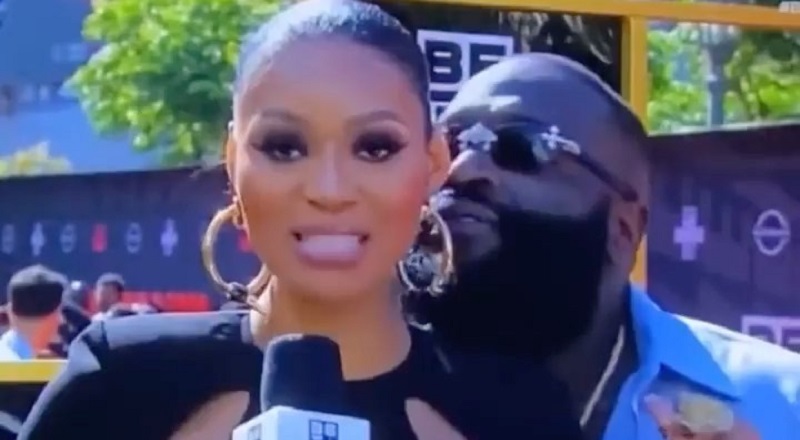 Rick Ross has always presented himself as the ultimate boss. In Ross’ career, he has had some of the most well known women in the industry. Among Rick Ross’ past girlfriends include Elise Neal and Lira Galore. Ross had a high profile breakup with the latter of the two.

Rick Ross lives a certain kind of lifestyle and he is not shy about it. As a result, Rick Ross seems to always be shooting his shot with various women. While Rick Ross doesn’t have hits like he used to, he doubled up as a businessman. Plus, Ross is older, so he traded the stage for the red carpet.

Rick Ross was on the BET Awards red carpet. When Pretty Vee stopped him for an interview, she got way more than she bargained for. While BET always wants people to give a show at the red carpet, even they could not have predicted this. Ross is an older guy, these days, so he is more open about what he wants. When Ross saw Pretty Vee, he immediately began flirting with her. He went as far as kissing on her.

More in Hip Hop News
Cole? Twitter was surprised to see Cole with Debbie Allen at the #BETAwards
Lil Kim and her body get dragged on Twitter, after #BETAwards performance