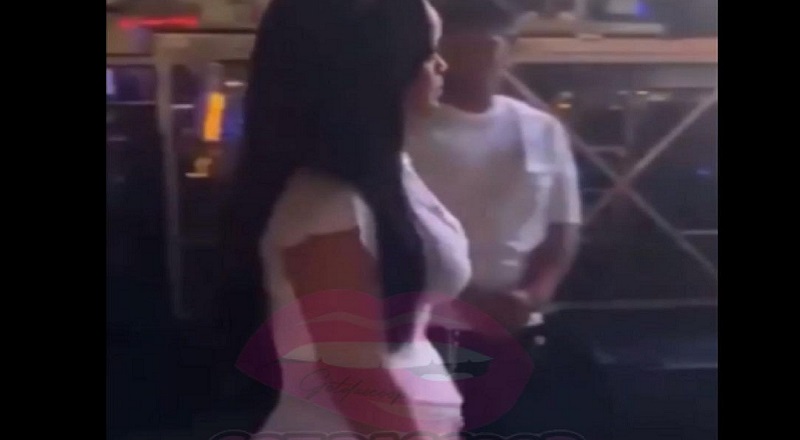 Almost yearly, there are rumors of Rihanna being pregnant. After she attended Life is Beautiful, in Las Vegas, she got her 2021 pregnancy rumors. Last year, it was announced that she and A$AP Rocky were dating.

Rihanna has been a sex symbol, in the game, for a long time. The early years of her career were marked by her relationship with Chris Brown. Eventually, she and Drake became an item, and they’ve had a weird back and forth, ever since.

Now, Rihanna is with A$AP Rocky, and the two were blowing each other kisses, during the Life is Beautiful Festival, in Las Vegas. Backstage, fans spotted Rih Rih, and noticed her bulging stomach. Because of this, fans are wondering if she’s pregnant.

More in Hip Hop News
Jeweler Rafaello and Co. Issues Apology, After “Accidentally” Selling Lil Baby a Fake $400,000 Patek Philippe Watch – “We Didn’t Do Our Homework on The Watch”
DreamDoll shares her driver was robbed at gunpoint, taking all of her stuff, and reveals the suspect is now dead [VIDEO]