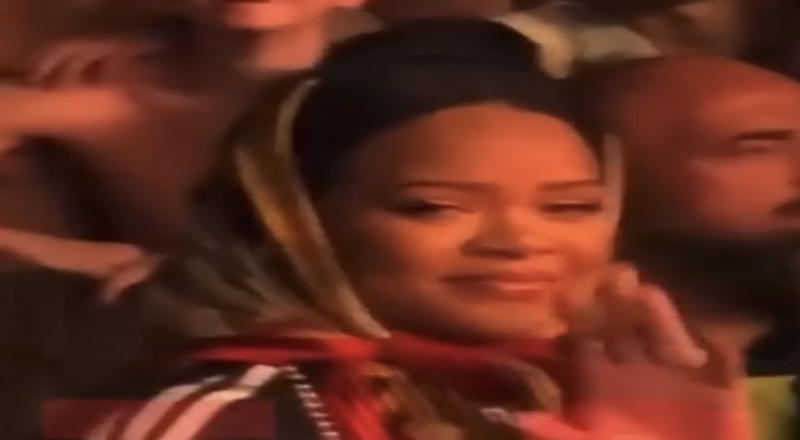 Rihanna as been traveling with A$AP Rocky heavily, over the past week. Last weekend, she was spotted in the crowd, at the Wireless Festival, in London. That was due to A$AP Rocky headlining the first night of the festival.

This weekend, Rihanna has been at the Rolling Loud festival, in Portugal. This was due to A$AP headlining the second night of the three-day festival, on July 7. However, a clip of Rihanna in that crowd is going viral, as she waved at the fans there. Rihanna sported a large Balenciaga shirt, along with a scarf, on her head.

This week, Rihanna also made history, by becoming the youngest self-made female billionaire, in the US. That came after reaching a net worth of $1.4 billion, according to Forbes. Rihanna was placed on their America’s Richest Self-Made Women list.

More in Hip Hop News
NBA Youngboy says he will be done with rap, after his “The Last Slimeto” album is out, next month
Quavo, Chloe Bailey, Druski and more, to appear in music-competition feature comedy film, “Praise This”