Home » On the Rise » HHV EXCLUSIVE: S1MBA Releases new single “Rover” and goes viral all over the Globe: Why he chose to remix the hit single, the #MulaChallenge on TikTok, and advice on how to gain the attention of the Masses 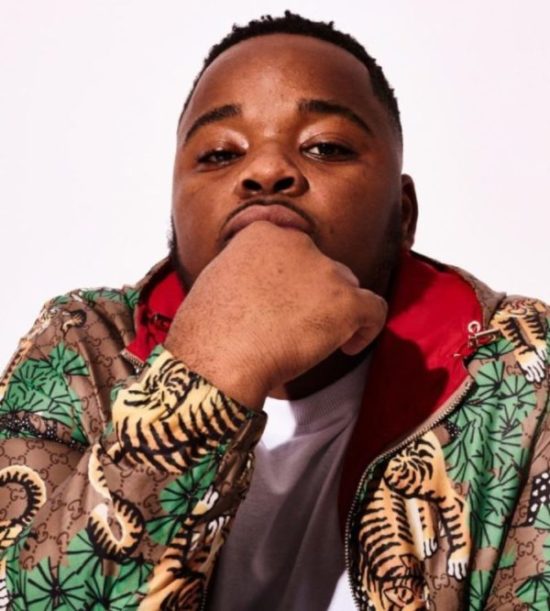 S1MBA! Thank you for joining us at Hip-HopVibe.com we are excited to have you today.

Would you share your upbringing with us? You were born in Zimbabwe but relocated to the UK at an early age of 9. What was that like – was it a culture shock?

S1MBA: No, not even! When I was living in Zimbabwe I was living with my Grandparents so my parents had already moved to the UK when I was about 2 years old. So because my parents were here I was able to live a life that was complete opposite – I attended private school and was learning English so by the time I came to UK I didn’t have to learn the language I just had to get used to the culture and get used to the people, the accent and all of that. I was quite young so….

You have mentioned in previous interviews how church and gospel music really groomed you as a music artist. Share with us how influential that was for you growing up?

S1MBA: Religion is a very serious thing in my house [growing up.] My Mom made sure we went to church every Sunday and every Sunday I was playing piano. With African church there’s always that one Auntie that will call you out for playing the wrong key. I saw that church gave me the confidence – even standing up in front of people today – I don’t think I’d be able to do that if it wasn’t for church.

S1MBA: To be honest, I think I was the troublemaker. I was the class clown. My teacher, every single report was like “Simba would be great if he wasn’t so easily distracted.” I was one of those kids. I just love to laugh! And having a good time. That’s just me..

So “ROVER” is a huge single! What made you think to remix it?

S1MBA: To remix “Rover?” Well, I just felt like serving different regions that haven’t heard it. I kinda looked at all the places where they were lovin’ “Rover” the most and I thought, why didn’t I give them a version of their own? So like, “Rover” was doing really well in Australia so I thought why not get an Australian artist that’s poppin’ up  and give Australians their own version of “Rover” – and I did the same thing in the UK obviously and I just felt like it’s a nicer way for people to take me in.. Now America has started to take to “Rover” quite well – I can only give them a version that they can listen to and has one of their own in it.

That’s brilliant! So tell me initially about the creative process when making “Rover.” What does your songwriting process look like?

S1MBA: Really “Rover” was just another song that I wrote like any other. I go into the studio. I listen to the beat and – I just vibe. I do this thing where I mumble the melody into my head and I put words on top of that. That’s initially how I always do. “Rover” was just another song that I went into the studio and I really liked the beat and I just vibed with it. I just made the melody..And then I wrote the lyrics and it came together just like that!

Who produced the record and is he someone you’ve worked with before?

S1MBA: No, I released about four songs before “Rover” and I produced them all on my own. This was the first time me and my manager were like “Let’s go work with other producers” and we shouted at Relyt. We went to the meeting, I remember walking outside the building he was like the 4th floor and I could hear him making the beat from outside the window! I really heard it! I walked in and it was him and he was like, “Oh I heard you played piano!” And it just went from there. We made the song and we’ve been good friends and made more music since then as well..

I love it! Are you learning new things along the way by working with him? I know you produce as well and there’s so much to learn!

S1MBA: Yes! He’s taught me so much. He’s taught me a lot of shortcuts and things that I didn’t know and honestly wouldn’t normally have time for as an artist and the chemistry is crazy as well so.. yeah!

S1MBA: I feel like the journey would’ve been somewhat similar because music has been a passion of mine since I was a child. My mom told me a story about the first time she realized I loved music – we went for a walk and we got lost –when I was like 3 years old and I was crying the whole time. We got to this place where they were playing music and I just stopped crying and my mood just changed. I was bopping and smiling the whole time. So music is just something in me. Something that I’ll never lose. Even if I wasn’t doing well, I’d still be that guy with a computer and my mic making music.

S1MBA: (cracking up laughing) Oh gawd! The craziest way I ever went to shoot my shot!  So I was on the bus headed back from college – which I think is still high school for you guys.. College is like, before you go to University over here..  And I noticed this girl that was sitting in the front and I was all the way in a backseat.. we noticed each other! And I was like okay, I need to contact her somehow. So I started writing on a note and I actually drew my number one by one – and she was literally writing it down! The bus lady laughed! She called me straight after.

Yo! It was crazy but it worked! That’s a dope story..

You’ve lived in different cities and obviously attended different schools. Which place would you say has influenced you the most that you’ve lived or spent time in and how so?

S1MBA: I don’t really know if I’d be able to pick.. because I feel like the time that I spent in Zimbabwe played as much important of the time when I lived in England. I think the only differentiation would be when me and my parents moved from Swindon to London it was so much more space to for me to be musical and explore more — Just because the people in London and how they vibrate as compared to back home. So I feel like London definitely played a massive part – like “Rover” was the first time song I ever recorded when I came to London. Just the vibe in London is different. I met a lot of people that I would’ve never met back home. But everywhere that I’ve lived has played its part that I needed.

Have you been here in the states yet, S1mba?

S1MBA: Unfortunately I haven’t but I really want to come.

Have you been to Australia? I see that there’s a connection there too..

S1MBA: I haven’t but I have lots of family there! All of my Mum’s siblings live there. Honestly, everyone has been so supportive. I went to Africa in November just after I released “Rover” and when I was in Zimbabwe I met up with my cousins from Australia. So obviously when they went back to Australia they took “Rover” with them. One of the guys that lived near them literally made the original TikTok video – so initially my cousins are the ones that broke that. It was cool.

S1MBA: It dropped maybe two or three days after I got coming back from Zimbabwe. We didn’t even realize it until about twenty videos later. I went to TikTok randomly one day and then I saw it was about twenty videos that had been made as a challenge and that’s when me and my manager was like, okay let’s make this a whole thing! It just went off crazy. Its an amazing feeling to have people from Germany, Denmark, Switzerland, Fiji… all vibe with your songs.

That’s huge! Out the gate getting global attention is beyond amazing. Let’s talk vision and execution. Are you the type of person to write down your goals and dreams for the week or year?

S1MBA: Yes, its so crazy! Even what’s happening right now is stuff that I wrote down – it’s so crazy! I still remember literally in college writing down Yo! One day I’m going to be so big! I’m going to get to the point where people in America and people Australia and in diff countries will be saying my name – its so crazy seeing it literally happening.

So I’ll tell you this – your visuals are everything! From the lyrical video for “Rover” to the official music video is sick! Does the Director come up with the treatment ideas or do you come up with the ideas?

S1MBA: Well touching on what you said about the visuals and stuff- when I originally released “Rover” I was independent. I didn’t have anybody backing me, it was just me and my manager. For you to be noticed, what you’re releasing has be able to compete with what’s already out. People think it’s just about the music but nowadays it’s about what everything looks like. Investing into yourself, both time and money. And making sure that your craft looks the best as it can. Trust me that’s the only way. It’s all about quality.

Well, you’ve nailed it! We would love to follow up with you with a Live interview! We are feeling your vibes, S1mba! We appreciate what you’re doing here at Hip-HopVibe.com and you have our total support.

More in On the Rise
Cory Gunz SNAPPED on “6 Foot 7 Foot,” but Twitter is actually trying to play him over his verse, saying he said something about lima beans, like he didn’t kill it, as the original Gunna [VIDEO]
Megan Thee Stallion Subliminally Calls Draya a “Dumb B*itch” After She Said Megan and Tory Lanez Had a “Bobby and Whitney” Moment When He Allegedly Shot Her; Draya Would Want Man To Shoot Her in The Foot as Well [VIDEO]