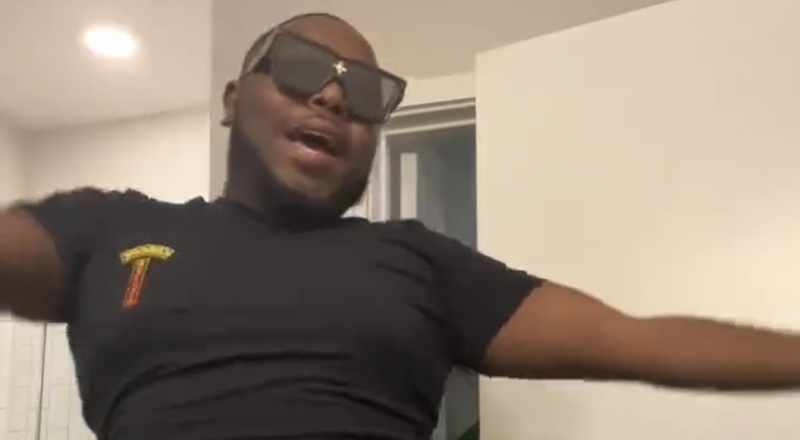 Saucy Santana has definitely turned into a viral sensation, over the past year. He was initially known for being close friends with the City Girls, and frequently being part of their Instagram Live sessions. Santana soon started to release more singles of his own, such as “Material Girl” and “Shisha,” featuring City Girls. Santana also put out his “Keep It Playa” album, at the end of 2021.

A few months ago, Santana also revealed that he signed a major label deal, with RCA. Now, Santana is teasing his first single of 2022. On Tuesday, on Twitter, Santana previewed his upcoming “Booty” single. This also samples Beyoncé’s classic hit single, “Crazy In Love.”

Santana posted a video of himself twerking to this single, as he also revealed that there will be a featured artist, on it. He left it up to his fans, to guess which artist will be making that appearance on Booty. Fans were also stunned to fund out that Beyoncé cleared the sample, for this record. As of now, it’s unclear when the official release date will be, for Santana’s Booty single.

Check out Saucy Santana previewing his upcoming “Booty” single, below.

More in Hip Hop News
Anita Baker’s son is dating adult film star, Brandi Bae
Tory Lanez says people got mad at him for the way he sampled R&B songs on his “Chixtape” mixtapes, but other rappers are doing it now