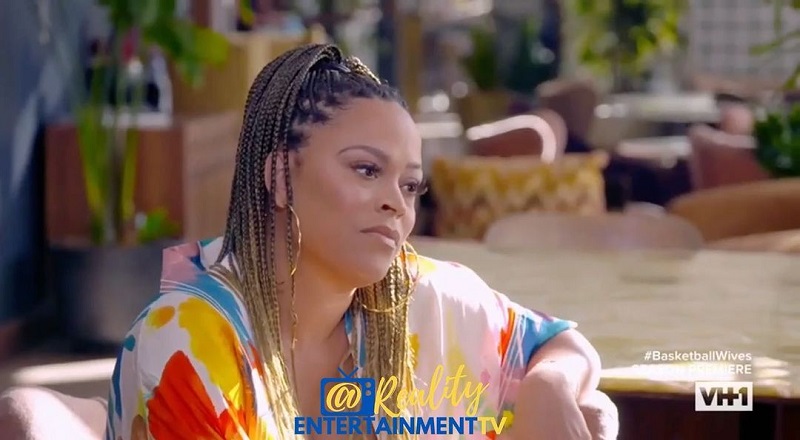 Shaunie meets with Brandi and they discuss Malaysia

Shaunie O’Neal is entering a new phase in her life. Earlier this year, Shaunie shared the sad news of her father dying. What makes Shaunie losing her dad especially sad is how she is engaged to be married. As the ex-wife of a high profile man, Shaunie dealt with a lot of unfair scrutiny. During a recent interview, her ex, Shaq, admitted that Shaunie was not the problem. Shaq admits he was the problem.

Shaunie wasted no time building an identity outside of Shaq. Through his career, Shaunie was always by his side. Few people realize that Shaunie was with Shaq dating back to his time with the Orlando Magic. With almost twenty years in the game, Shaunie turned her life into “Basketball Wives.” As a result, Shaunie had one of VH1’s most popular shows.

Shaunie O’Neal is the leader of the group. At “Basketball Wives'” height, the show had spinoffs, making it a franchise. However, circumstances led to the show downsizing into one show, again. Despite being the leader, Shaunie has also gotten into beefs. Brandi Maxiell was once one of Shaunie’s rivals. On tonight’s episode of “Basketball Wives,” Shaunie and Brandi met for lunch. Together, Brandi and Shaunie spoke on the Malaysia Pargo situation.

Shaunie meets with Brandi and they discuss Malaysia

More in Video
Footage revealed of Freddie Gibbs being attacked, before his recent concert in Buffalo; Denies that his jewelry got stolen [VIDEO]
Tory Lanez – “Shot Clock Violations” [VIDEO]