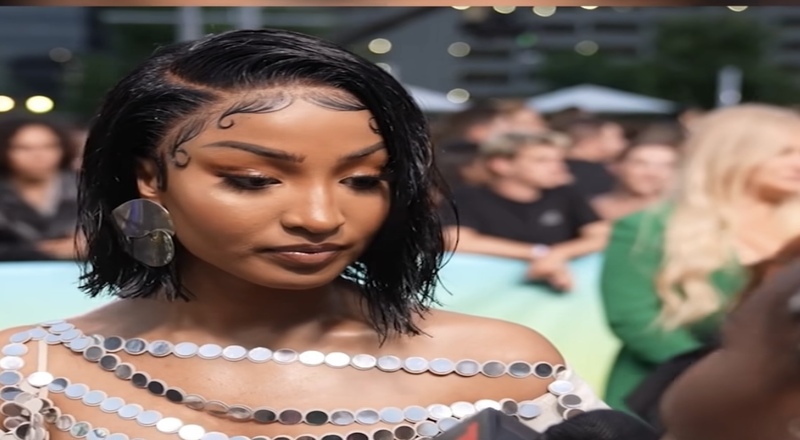 Over the past year, Shenseea has been a huge fan favorite, and one of the hottest new rappers out. In 2021, she released singles such as “Run Run,” “Be Good,” and “Hallelujah.”

In 2022, Shenseea would go on to release her debut studio album, “Alpha,” in March. This was led by singles such as “Lick” fetauring Megan Thee Stallion, “Deserve It,” and “R U That,” featuring 21 Sabage. Alpha was also produced by names such as Scott Storch, London On Da Track, and Rvssian.

Shenseea has also been rumored to be dating London On Da track. On a Breakfast Club interview in March, she denied dating Drake or London. At her album release party though, she did kiss London on the cheek. That came after he gifted her an iced out “S” chain.

At the recent 2022 VMAs, on the red carpet, Shenseea was also interviewed by The Shade Room, about whether or not she’s dating London. She refused to give any tea on that, as she joyfully replied to ask her the next time, about that topic. As for London, he previously dated Summer Walker from 2019 through the start of 2021, as they went on to have one child together. London also has multiple baby mamas, from previous relationships.

Check out Shenseea speaking on dating London On Da Track, while at the VMAs, below.

Continue Reading
You may also like...
Related Topics:featured, london on da track, shenseea

More in Hip Hop News
New prison photo of Pooh Shiesty goes viral, after being sentenced to 63 months in prison due to 2020 shooting, in April
Hulu is being roasted on social media over the man they have portraying Mike Tyson