Home » Articles » Should Baron Davis return to the Charlotte Hornets? 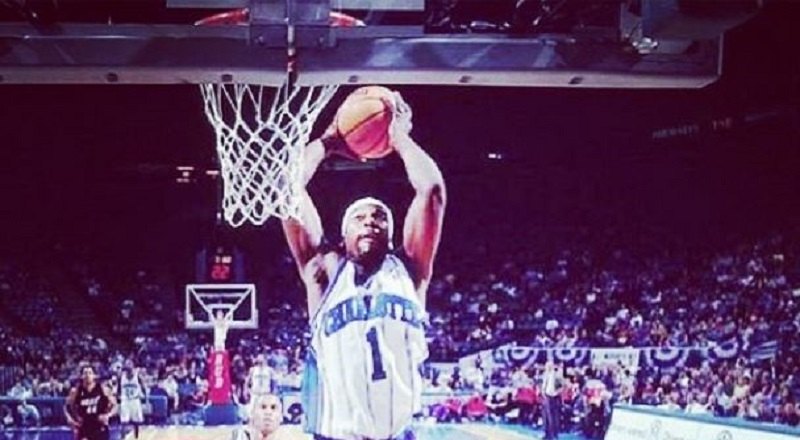 The core of the team consists of Kemba Walker, Al Jefferson, and Michael Kidd-Gilchrist, but their big acquisition was Lance Stephenson. Last year, Lance Stephenson infamously tortured LeBron James during the Eastern Conference Finals. In a preseason interview, he was labeled a LeBron stopper by Michael Jordan.

While many fans were nostalgic and intrigued by the Charlotte Bobcats’ rebrand into the city’s former team, including taking on their franchise history, some had concerns. Despite the team being solid in 2013-2014, they lacked some things to get to the next level. The main concern was the lack of a veteran.

NBA rumors suggest the Charlotte Hornets are ready to blow the team up and deal everyone with the exception of their big three. Some feel they should stick it out and things should get better, but an option that’s been overlooked is one that’s somewhat obvious. What about Baron Davis, the man who played for the Hornets from 1999 until 2002 in Charlotte and an additional two years in the New Orleans franchise when they went by the Hornets?

During Baron Davis’ short time with the Charlotte Hornets, he became their franchise player and did something no other leader for them has ever done whether it was Hornets or Bobcats, lead them to the playoffs in consecutive years. While the Charlotte Hornets lacked a fancy 50 win season, in 2002, in the mist of the relocation, the Baron Davis-led Hornets were one win away from the Conference Finals. These were the times fans hoped the new/old Charlotte Hornets would bring in 2015.

Instead, the team has continued to blow 15 plus point fourth quarter leads, left and right, with no signs of improvement. Many have said that all the team needs is veteran leadership and it may come in the form of Baron Davis, if Michael Jordan and Rich Cho are interested. Earlier this year, Baron Davis expressed interest in returning to the NBA and he is currently a free agent, so perhaps at least a one year deal could be worked out to improve the team both on the court and off the court.

Of course, no one is expecting Baron Davis to come out and be the player he was, back in 2001, but he could be strong off the bench and give the team both the spark and veteran leadership its lacked. Who else to help Kemba Walker come to form than the best point guard in Charlotte NBA history? Matter of fact, who else to help the Charlotte Hornets emerge as contenders than the only franchise player for the team to even make the second round competitive?

Yes, this is an off-topic sports article, but it’s tough to watch the hometown Hornets lose like this, so the question was posed.

Watch highlights of Baron Davis’ time with the Charlotte Hornets below: