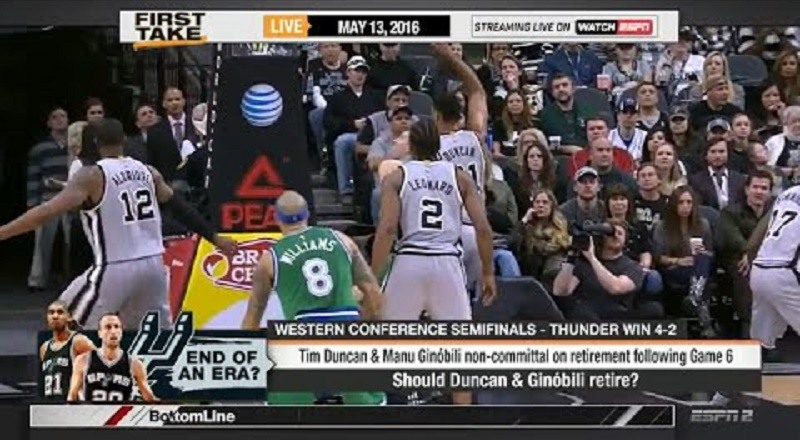 Earlier this afternoon, Hip Hop Vibe summarized the Spurs’ after they lost to the Oklahoma City Thunder. The question asked here is a question sports media has had for a long time. Since their 2007 championship, the Spurs have not quite been the same.

The 2007 title season was the peak of the Tim Duncan/Manu Ginobili/Tony Parker trio. They compiled a 57-25 record and swept a young LeBron James and the Cleveland Cavaliers in the Finals. But, a lot changed since 2007.

Stephen A. Smith and Skip Bayless analyzed the Spurs’ second round loss, after they posted 10 more wins than their 2007 title season. A lot of back-and-forth took place between the two, as expected. The winning comment came from Stephen A., as he said that Tony Parker’s upcoming 34th birthday won’t be a happy one, but you can say “happy birthday.”