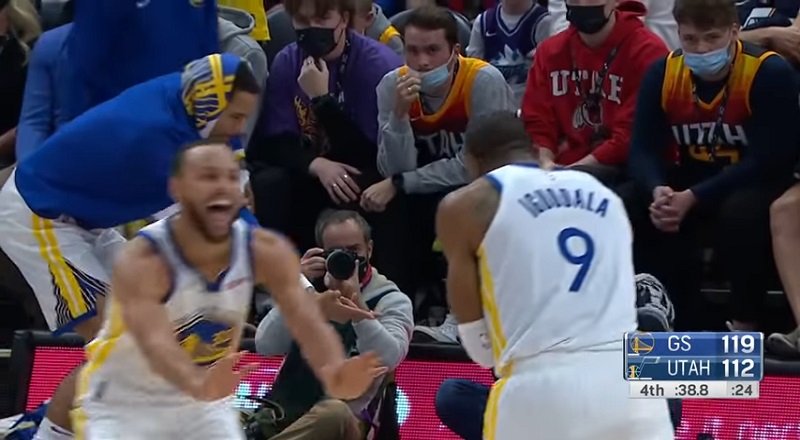 Last night, the Utah Jazz hosted the Golden State Warriors, and the game came down to the wire. Towards the end of the game, Andre Iguodala ended up shutting the Jazz down. He hit a late three-pointer, which put the game out of reach for the Jazz. For the Warriors, this continues their domination of the current season. But, they just count it as another important win.

Every player needs a teammate like Steph Curry. Once Iguodala hit the dagger 3, putting the Jazz out of reach, Steph Curry started going crazy. His victory dances were wilder, over Iguodala’s three, than they have been for his own triumphant shots. Golden State would take home a 123-116 win, over the Jazz, increasing their record to 28-7.