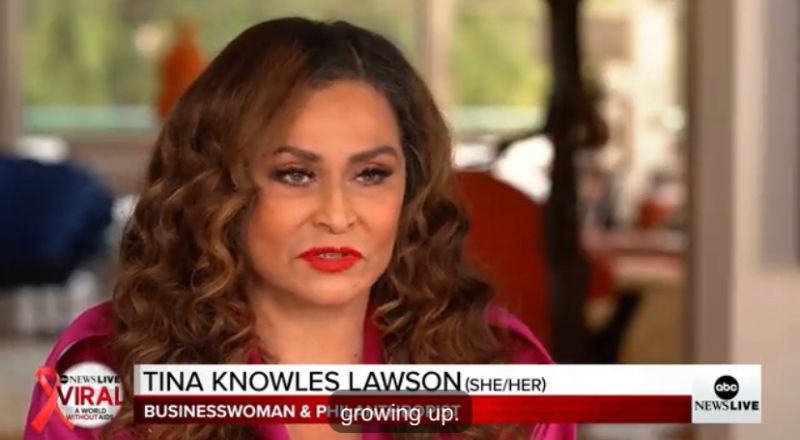 Tina Knowles took a moment to spread awareness and share something very special. In a new interview with ABC News, Tina speaks about her beloved nephew, Johnny and his battle with AIDS. During the interview Tina elaborates on the influence and bond “Uncle Johnny” had with her, Beyoncé, and Solange. Tina also includes some exclusive pictures and never before heard stories about Beyoncé and her beloved uncle. In an interview with Essence this summer, Tina stated “I lost my closest friend, my nephew Johnny to HIV before there were any drugs that could work.”

Since the passing of her nephew, Tina keeps his name alive by advocacy and being a supporter of HIV prevention and care. According to The Grio, she joined ViiV Healthcare’s newest campaign, titled “Me In You, You In Me.” The campaign aims at using celebrity advocates to share HIV awareness and prevention. Beyoncé also remembers her uncle by dedicating her latest album “Renaissance” to him. In the dedication, she refers to Johnny as her godmother, elaborating on how he inspired the feel of the album. Tina’s interview is one that is needed, as the HIV battle is still happening today.

Ms. Tina Knowles Lawson speaks about Beyoncé and Solange's famous Uncle Johnny, his battle with AIDS and why it is important for stories like his to be told and remembered.