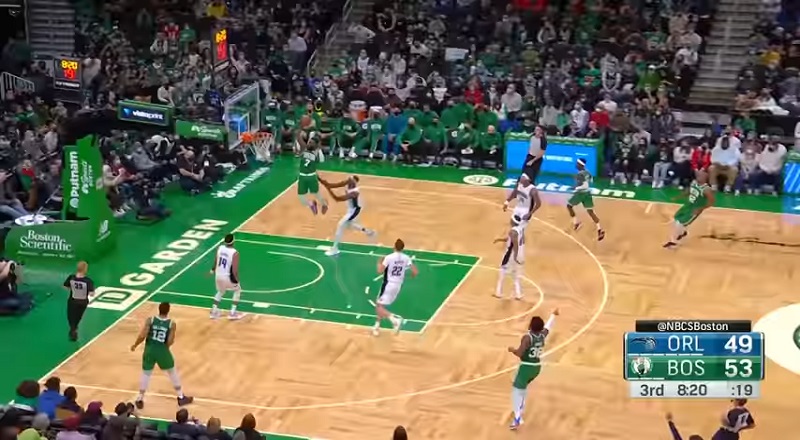 Jaylen Brown was a breakout star, during the 2018 playoffs. This was the first year Kyrie Irving was on the team and he, along with Gordon Hayward, led the Celtics to the East’s top seed. However, injuries ruled both of them out for the playoffs. Instead, Brown, along with rookie, Jayson Tatum led the Celtics through the playoffs, starting with a hard-fought first round matchup against Giannis’ Milwaukee Bucks.

In the second round, Jaylen Brown and Jayson Tatum established themselves as the duo to beat. The two became stars, as they shut down the Joel Embiid/Ben Simmons’ Sixers during their first playoff run. That series was decided in five games. From there, the Celtics ran through the first two games of the Conference Finals, before coming back down to Earth.

As the Celtics kept making roster changes, Jaylen Brown and Jayson Tatum continued holding the team down. The true franchise players of the team have kept the Celtics contending, making the playoffs every year, returning to the Conference Finals in 2020. Last season, they lost to the Nets in the first round. This year, they’re battling for a playoff spot, and Jaylen Brown put the league on notice.