Home » Video » Webbie is Reportedly “Doing Better,” as He Collapsed, After Performance, in Virginia [VIDEO] 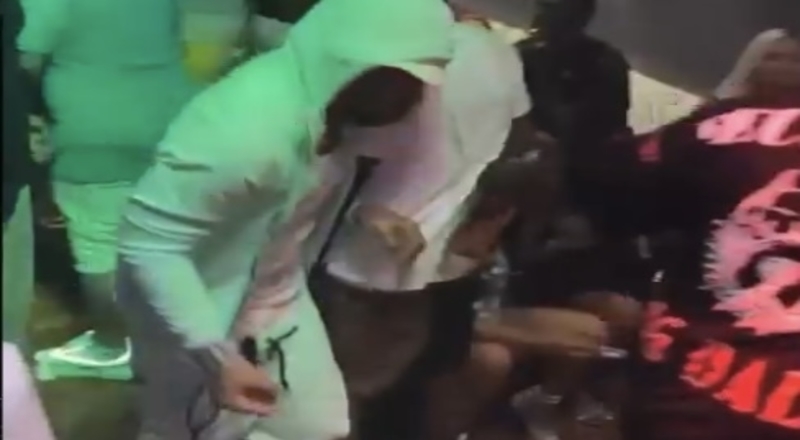 Webbie is regarded by many, as one of the best rappers to come out of Louisiana. The Baton Rouge native had a show, on August 20, in Roanoke, VA, and things got a bit scary for him, health wise.

Webbie was seen performing at 213 Lux Lounge in Roanoke, VA, and concluded his performance. After walking off stage, and pleasing the packed crowd, he was seen starting to collapse.

Webbie collapsed, after trying to get someone from his team, to help him up. People around him ended up calling 911, and were able to help him leave the venue.

TMZ has since reported that Webbie’s team told them that he is “doing better,” and visited a doctor at a local hospital. As of now, it’s still unclear what caused him to lose consciousness like this. It is not believed that a seizure was the source of it.

Check out footage of the initial incident. after Webbie’s show, below.

Continue Reading
You may also like...
Related Topics:featured, virginia, webbie

More in Hip Hop News
Doja Cat’s “Planet Her” Album, Debuts at Number Two, Behind Billie Eilish’s “Happier Than Ever,” on Billboard 200 Chart This Week, After Originally Being Projected to Finally Reach Top Spot
Meek Mill Changes His “Going Bad” Lyrics, to “I Took Lori Harvey Off My Wishlist,” While Performing at Summer Jam [VIDEO]