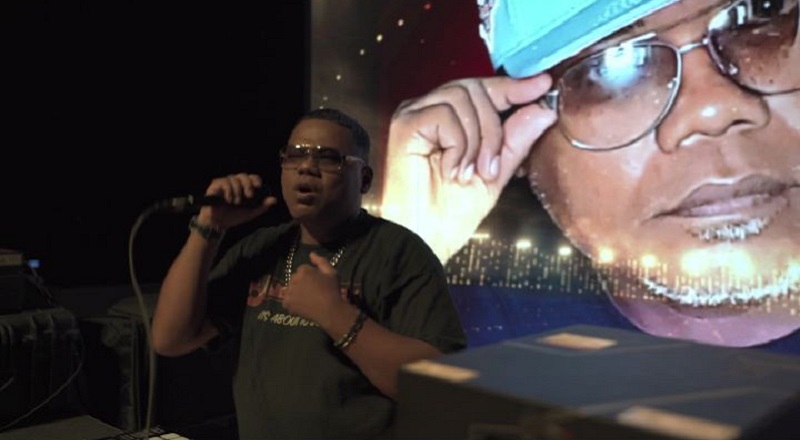 DJ Newmark has delivered nothing but the hits for decades via his turntables. Since stepping on the scene to showcase his talents, DJ Newmark has created a brand for himself that embodies his love of Old School Hip Hop and R&B music. Throughout his trailblazing forty year career, DJ Newmark has amplified his accomplishments.

DJ Newmark has served as a radio show host, account development specialist, concert tour DJ, and mix show DJ, over the years. In addition, DJ Newmark has performed and worked with a variety of celebrity actors, athletes, and recording artists. At one point, Newmark even served as the Oakland Raiders’ official DJ. Remaining a force to be reckoned with, he is currently the weekend radio show host of “The DJ Newmark Experience” from 3-9 PM on West Palm Beach’s YO107.1 FM, with the “Flavor on Top of Flavor Mastermix” at 6 PM EST.

DJ Newmark was born Edward Alexander Jr on June 17th, 1971 in Okinawa, Japan. He chose his stage name as a tribute to his first set of DJ turntables — brand name, Numark. Newmark, the son of a military family, traveled the world. As a result, Newmark was exposed to various local musical influences and began mixing music worldwide. This inspired Newmark to spend countless hours in his bedroom honing his DJing skills. After that, his first professional DJ gig was as a freshman at his high school’s homecoming event. Since, the rest is history.