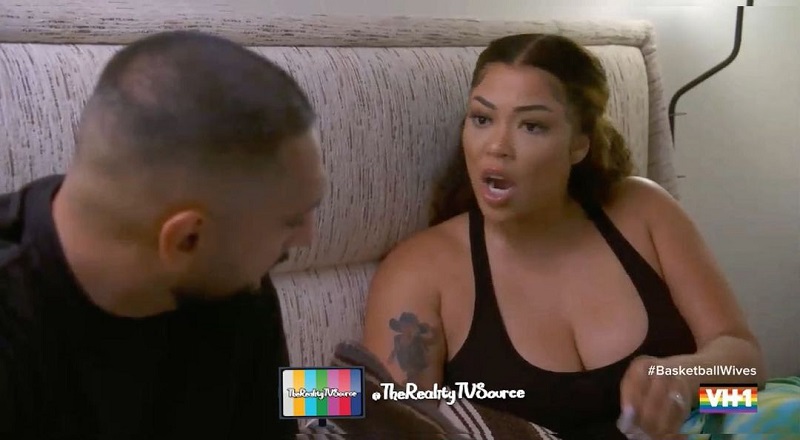 Duffey tells Iman about Roccstar getting mad at Jackie

Duffey returned home with Iman. Before bed, Duffey and Iman chatted about what’s going on. On last week’s episode of “Basketball Wives,” Jackie told Duffey about Roccstar. Jackie said that Roccstar was mad, accusing her of meddling in his relationship with Angel Brinks. Roccstar and Angel Brinks are expecting their first child together.

Duffey, meanwhile, is looking to make career changes. These past few years, Duffey has been French Montana’s official DJ. However, Iman is demanding Duffey be home more. As a result, Duffey asked French Montana if she could take some time off. While French Montana was understanding, he told Duffey if she took time off, she could not return to his team.

Duffey tells Iman about Roccstar getting mad at Jackie

More in Audio
Ace Hood – “Energy”
Ceaser, from “Black Ink Crew,” is seen hitting his dog with a metal chair in leaked footage