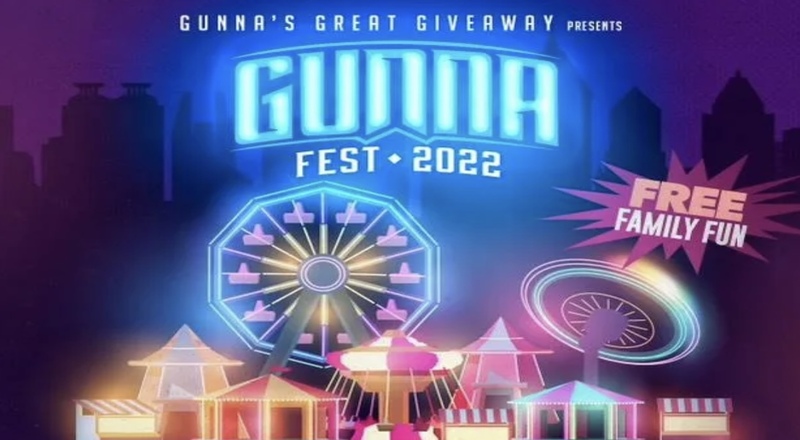 Back in early May, Young Thug, Gunna, and 26 of their YSL associates were hit with a 56-count indictment. This was for charges of RICO, murders, and criminal street gang activity. Thug and Gunna have since been denied requests for bond, on multiple occasions. They won’t stand trial until all the way in January 2023.

Despite Gunna’s current circumstances, he’s still giving back to his community, in Atlanta. On September 17, Gunna Fest will officially be held in College Park, from 12PM-6PM. Free merch, food, rides, and more, will be available. This is located at 5201 Old National Highway, College Park, GA, 30349.  Fans can register for this event, for free, here. This comes a day after Gunna Day, in College Park.

Gunna’s music accolades are also still rolling in, at the same time. His third studio album, “DS4EVER,” went platinum, this month. This comes after it was released in January, and became Gunna’s second straight number one album. This was led by the breakout hit, “Pushin P,” featuring Future and Young Thug. DS4EVER contained 20 tracks in total, with additional appearances from Lil Baby, 21 Savage, Roddy Ricch, and more. That came after Young Thug went number one for the second time in a row, last fall, with his “Punk” album.

More in Hip Hop News
Cardi B pleads guilty to assault and reckless endangerment, involving case where two NYC bartenders were attacked, in 2018; Ordered to perform community service
Kanye West tells CNBC that he’s not going to argue with people who are broker than him, about money, when discussing his decision to end deal with Gap [VIDEO]