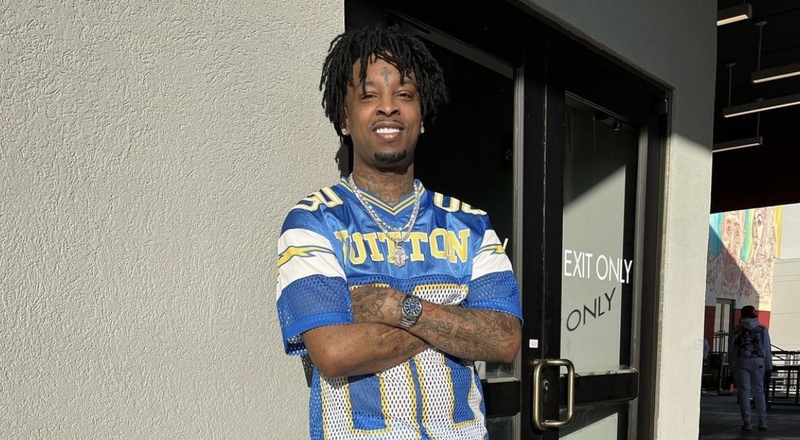 This past weekend, Rolling Loud concluded their annual festival, in New York City. This took place in Queens, outside of Citi Field. Headliners for the weekend included Future, Nicki Minaj, and A$AP Rocky. Other stars included were Pusha T, Lil Uzi Vert, Lil Baby, and more.

However, 21 Savage was also supposed to perform, on day three. Unfortunately, that did not happen. 21 reportedly couldn’t perform his set, due to being late. Now, 21 is making it known that he didn’t approve of this decision, at all.

But, 21 took to Twitter to say that Rolling Loud will never get a show out of him, “ever again.” For many fans, they believe that a level of professionalism has to be maintained, and 21 didn’t do that. At this point though, it looks like 21 and Rolling Loud’s relationship is very strained.

21 has been very quiet in 2022, regarding music releases. He has been featured on multiple hot records though, such as Calvin Harris’ “New Money” and YG’s “Run,” with BIA and Tyga. 21’s last project was his chart-topping “Savage Mode II” album, with Metro Boomin, in late 2020.

Check out 21 Savage speaking on never performing at Rolling Loud again, below.