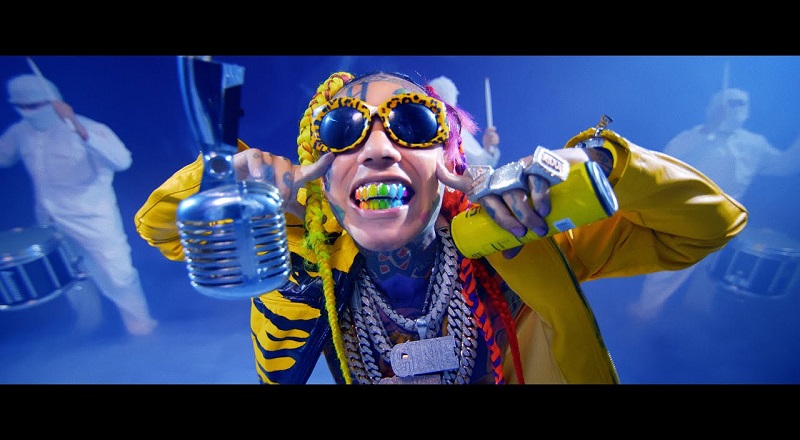 6ix9ine laughed at reports of Lil Tjay getting shot

6ix9ine controversially turned informant to secure his prison release. Upon 6ix9ine’s 2020 return, he was met with much backlash. Both fans and fellow rappers refused to come close to 6ix9ine. All of this was due to 6ix9ine and how he got out of prison early.

6ix9ine made his name as a troll rapper. As a result, 6ix9ine found himself getting into beefs with some big time rappers. While Lil Tjay was not 6ix9ine’s highest profile beef, he is among the people 6ix9ine got into it with. This morning, Lil Tjay was reported to have been shot several times. In addition, Lil Tjay was in emergency surgery. As most of the world sent prayers, 6ix9ine saw the reports and left laughing emojis. After that, 6ix9ine was met with even more backlash. Most feel 6ix9ine was out of line.

6ix9ine laughed at reports of Lil Tjay getting shot

More in Hip Hop News
Michael Jordan rejects young fans, who asked for a photo, when he was spotted in a Charlotte parking garage [VIDEO]
Woman tried to kiss Stephen Curry on the lips during Warriors’ championship parade [VIDEO]