Home » Hip Hop News » A$AP Rocky arrested for assault with a deadly weapon, after landing in LA; Rocky allegedly shot at a victim in November 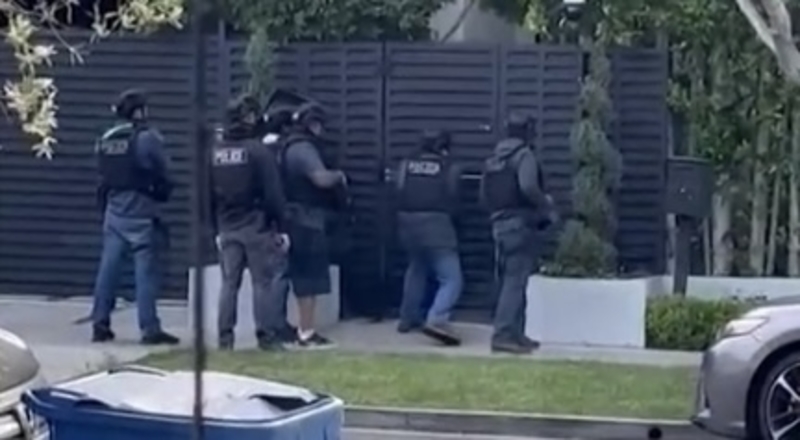 A$AP Rocky was recently in Barbados, where he was enjoying the island with Rihanna, as the two are expecting their first child together. Now, the Harlem rapper is running into some serious legal issues, as he’s back in the U.S.

According to NBC News, A$AP was arrested, after flying into Los Angeles, this morning. He was coming in from Barbados. Police waited for him at a terminal, and had him placed into handcuffs. The arrest was made for assault with a deadly weapon with a gun.

Police state that a victim claimed that Rocky shot at them three or four times, back on November 6, in LA. Their left hand went on to be grazed. A$AP reportedly knew the victim, and this all went down after an argument ensued, when Rocky approached them, with two other people. After police spoke to the victim, they served a search warrant, to get into Rocky’s home.

This all comes after rumors spread last week online, that A$AP has been cheating on Rihanna, while she’s been pregnant. A$AP was rumored to be cheating with Fenty shoe designer, Amina Muaddi. She went on to deny the speculation on Instagram, and sources close to A$AP and Rihanna said the rumors are 100% false.

More in Hip Hop News
Antonio Brown previews video for new “Don’t Leave” single, with Keyshia Cole [VIDEO]
Rubi Rose says she didn’t mean to disrespect Nicki Minaj, after saying she’d be fine with being with a man who makes less money than her, like Nicki does