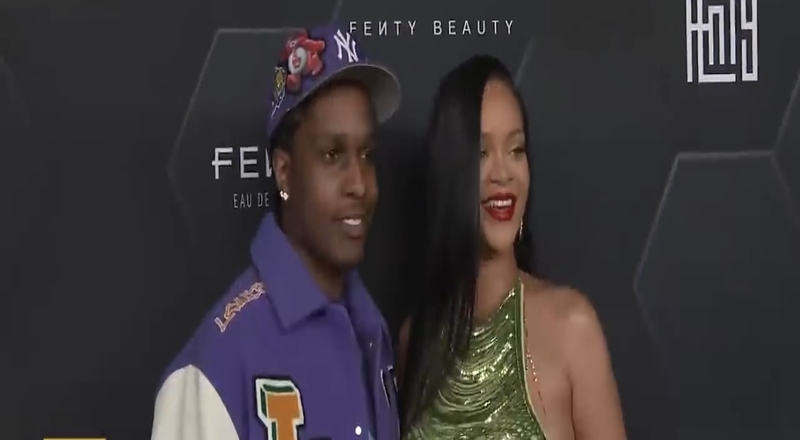 A$AP Rocky reportedly did not cheat on Rihanna

On Thursday, the biggest trending topic surfaced, as a rumor spread that A$AP Rocky has been cheating on Rihanna, while she’s pregnant. The Harlem rapper was rumored to have been seeing Amina Muaddi, who is said to be a shoe Fenty designer.

According to sources close to TMZ though, Rihanna and A$AP have not broken up, and the cheating allegations are false.  One source simply claimed  “100% false on both counts. 1 million percent not true. They’re fine.”

A$AP and Rihanna have reportedly began dating since 2020, and their love grew stronger at the start of the COVID-19 pandemic. Their pregnancy was announced this past January, after a month of speculation. Rih has since been very proud to show her baby bump, in various public places. As of now, her due date is still unknown, or how long she’s into the pregnancy. Rihanna and A$AP have definitely been showing each other a lot of public affection as this pregnancy was one of the biggest headlines to kick off 2022.

A$AP Rocky reportedly did not cheat on Rihanna

More in Hip Hop News
Garcelle Beauvais talks “The Real,” RHOBH, Michael Jordan, Will Smith, new book, and more on “The Breakfast Club” [VIDEO]
Amina Muaddi denies on Instagram, that A$AP Rocky has been cheating on Rihanna, with her