Home » Hip Hop News » Rihanna laughs at the rumors about A$AP Rocky cheating on her, via text message 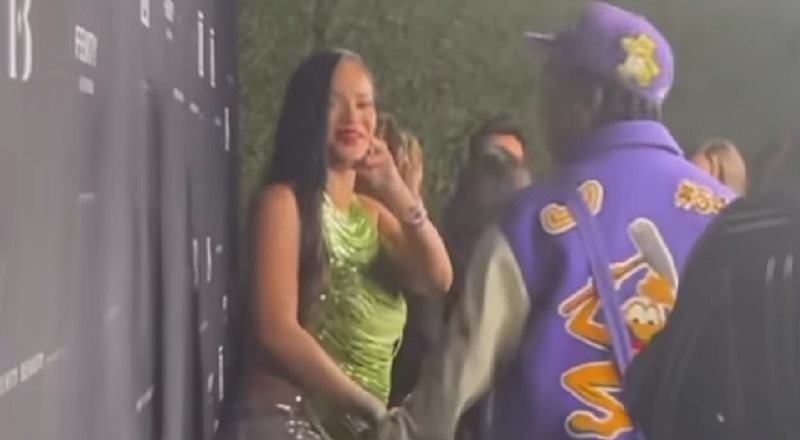 Rihanna laughs at the rumors of ASAP Rocky cheating on her

A$AP Rocky was trending on Twitter, as people insulted him for cheating. Despite A$AP Rocky being accused, there was no proof of wrongdoing. For one thing, Rihanna’s team never released a statement about them breaking up. Generally, someone as high profile as Rihanna would issue a statement. Especially if she and her unborn child’s father were splitting up.

Rihanna stayed silent, while Twitter added to the breakup rumors. A$AP Rocky was accused of cheating on Rihanna with Amina Muaddi. Amina Muaddi has worked with Rihanna as a designer for the Fenty company, in the past. Muaddi has also worked with Kylie Jenner. Additionally, Amina Muaddi’s most recent Instagram post was of a pregnant Rihanna. So for Amina Muaddi to be A$AP Rocky’s mistress, that seemed far-fetched. Rihanna received a text that said people were crazy. In response, Rihanna text back with the laughing emoji.

Rihanna laughs at the rumors of ASAP Rocky cheating on her

More in Hip Hop News
DaBaby confirmed as the shooter at his North Carolina home, after intruder tried to enter
Meek Mill slipped and fell while skating with Usher and Floyd Mayweather, Jr. [VIDEO]