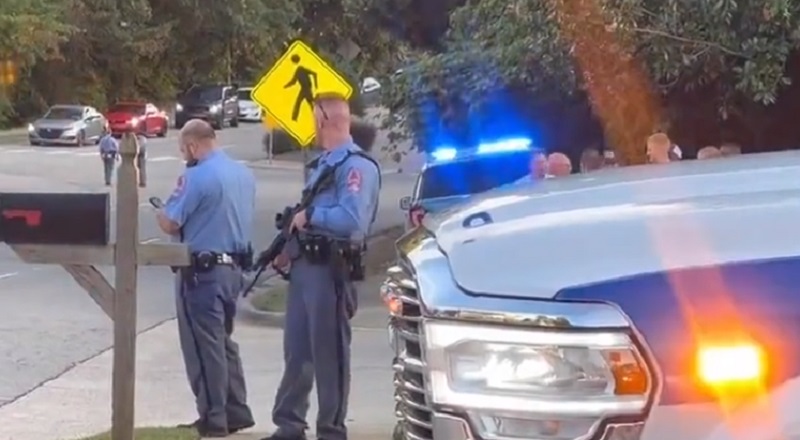 Active shooter in Raleigh left multiple fatalities and may have bomb

Currently, Raleigh is trending on Twitter, as the city is on notice. Earlier in the afternoon, there were reports of an armed person who was shooting. The suspect was active on the New Bern Avenue side of town. Those who know the city of Raleigh know what New Bern Avenue is known for. As a result, there was panic throughout the city.

On Facebook, people in Raleigh began pointing out how many cop cars and sirens they were seeing and hearing. After that, they were informed of reports of an armed person shooting throughout the city. As a result, people made moves to get to their homes, or to just get out of the way, and to safety.

According to reports, the person doing the shooting was a teenager. In addition, there were at least four fatalities, along with other people who were injured as a result of the shooting. The teenager has since been found and there are now reports of the person potentially having a hand grenade. As a result, the bomb squad has now been called. Several streets within the city of Raleigh have been shut down, as police officers and EMS attendants are on the scene.

Active shooter in Raleigh left multiple fatalities and may have bomb

Multiple law enforcement agencies are responding to Active shooter with numerous victims The incident is near a neighborhood golf course and trail police are asking everyone to stay inside pic.twitter.com/BRQa2rn4NT