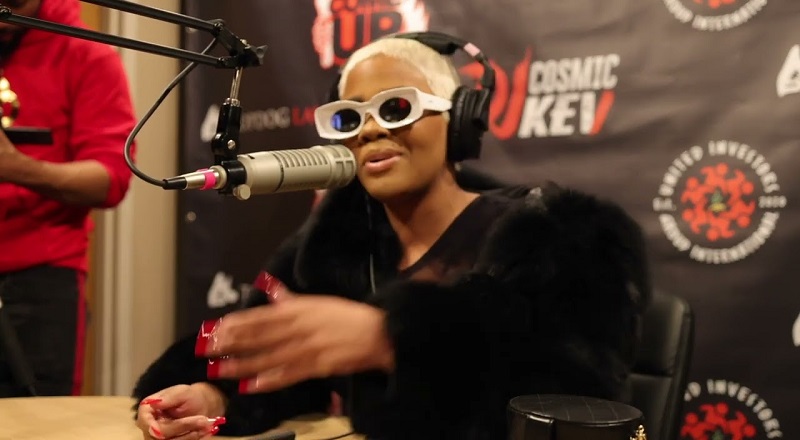 Akbar V rose to fame on “Love & Hip Hop Atlanta.” Prior to joining the show, Akbar had a very high profile feud with Tommie. During that period of time, Tommie was the star of the show. For two years, Tommie and Akbar V had beef that didn’t make the show. In 2018, Akbar joined the show, and had the onscreen confrontation with Tommie.

Akbar V was already well known on the Atlanta hip hop scene. When she was joining the show, Akbar had songs with 21 Savage, among others. After that, Akbar V began her time on “Love & Hip Hop Atlanta.” She would remain with the show for two years, even bringing Kandi back for a cameo, before quietly exiting during the lockdown.

Akbar V got the biggest look of her music career, when Nicki Minaj added her to the “Super Freaky Girl” remix. After Nicki Minaj dropped the remix, the people began pitting her and Cardi B against each other. Out of this, Akbar V and Cardi B began beefing. Things got out of hand, when Cardi B reshared an old video of Akbar with a man. While the fans have enjoyed the social media antics, Akbar V is now preparing to come with a diss track.

More in Hip Hop News
Two men charged with armed robbery, after taking $400,000 worth of jewelry from Bishop Lamor Whitehead, during live-streamed service, in July
Coolio passes away at 59, after suspected cardiac arrest, while visiting friend’s home