Home » Hip Hop News » Allison Feaster, the only female member of the Boston Celtics’ staff, is trending on Twitter, in the midst of the Ime Udoka rumors 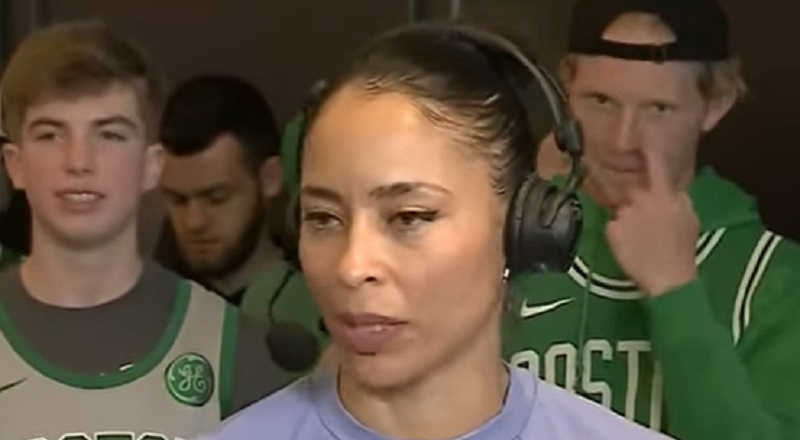 Allison Feaster is the Boston Celtics’ VP of Player Development. As a result, Feaster had a key role in the Celtics’ success, this past season. In 2022, the Celtics went from having a losing record to having the NBA’s best record in the second half of the season. After that, they made a run to the NBA Finals, coming within two wins of the championship.

Allison Feaster is now inadvertently in the middle of the latest Boston Celtics drama. According to reports, Ime Udoka is facing potential disciplinary action, including a lengthy suspension, for violating team rules. Further reports say that Ime Udoka violated team rules by having an inappropriate, consensual, relationship with a female member of the Celtics’ franchise. With that being said, Ime Udoka is getting roasted for the rumors of cheating on Nia Long.

Allison Feaster finds herself in the middle of this Ime Udoka drama, due to Twitter sleuths. After the rumor surfaced that Udoka had a relationship with a female member of the Boston Celtics organization, people went to search for this woman. The people are under the assumption that Feaster is the only woman employed by the Celtics. First, there is no confirmation that Ime Udoka even cheated on Nia Long. Second, Allison Feaster may be the only woman publicly employed by the Celtics. Third, there is nothing tying her to any of the drama. However, none of this has stopped speculation. As a result, Feaster is viral.