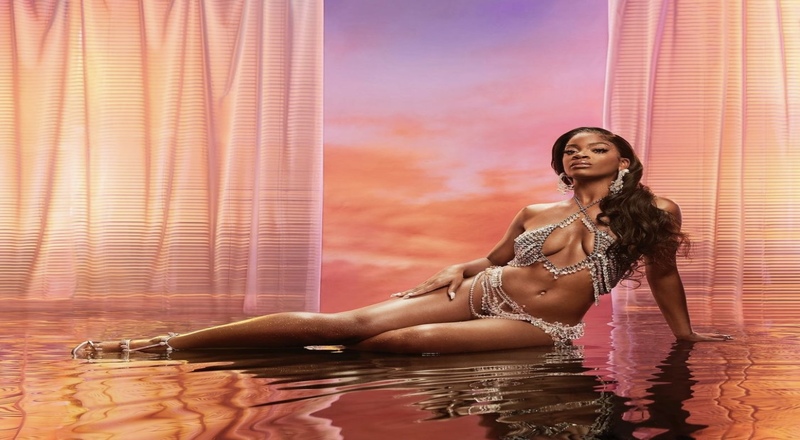 A few weeks ago, Ari Lennox revealed that her sophomore album is finally coming on September 9. This project is titled “Age/Sex/Location.” This is Ari’s first project since her debut studio album, “Shea Butter Baby,” back in May 2019.

Now, Ari has also revealed the cover art for Age/Sex/Location. Ari is seen relaxing in a body of water, while in the sky, which contains various background lighting, as well as in the water. Curtains are also opened, behind Ari.

Two weeks ago, Ari also released another lead single for Age/Sex/Location, which is “Hoodie.” She had previously put out her “Pressure” single, last fall.

Ari’s debut album initially put her into stardom, in R&B, three years ago. Shea Butter Baby received overwhelming support on social media, as it was led by the self-titled single, featuring J. Cole. The album went on to debut at number 67, on the Billboard 200 chart.

Earlier this summer, Ari also explained why her Age/Sex/Location album had been delayed for so long. She claimed that she’s a “baby perfectionist,” but that the album is coming soon. Now, the anticipation is sky-high.

Check out a closer look at Ari Lennox’s “Age/Sex/Location” cover art, below.