Home » Hip Hop News » Ari Lennox says she’s a “baby perfectionist,” and that’s why her sophomore album has been delayed, but is coming soon 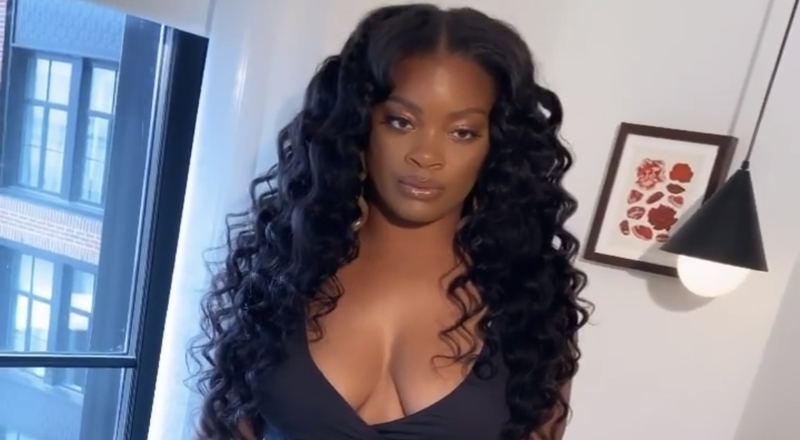 Ari Lennox has been making headlines lately, due to her revealing that she won’t perform at concerts that require her to fly. Ari revealed that flying has been a fear of hers, and added that she knows this could affect her career.

“For my mental health and my sanity l will not be doing any shows that require me to fly,” Ari said, on IG. “I can not keep torturing myself with this huge fear of mine. It is literally destroying my health. Enough is enough. I’m so sorry to all that are inconvenienced by this. Don’t know what this will mean for my career, but I just can’t do it.”

Ari is also explaining why her sophomore album still hasn’t arrived, yet. Ari took to Twitter to say that she’s a perfectionist, and that this project is coming soon. That response came after a fan said that they’re blaming the label, for this long delay.

“Boyeeee it’s me,” Ari replied. I’m a baby perfectionist. She’s not ready yet . My sophomore baby is coming soon.”

Ari’s last project came way back in 2019, with her debut studio album, “Shea Butter Baby.” That was led by the self-titled hit single, featuring J. Cole. Ari was featured on Dreamville’s “D-Day: A Gangsta Grillz” mixtape with DJ Drama, a few months ago, though.

Continue Reading
You may also like...
Related Topics:ari lennox, featured

More in Hip Hop News
Lil Nas X announces “Late To Da Party” single, with NBA Youngboy, coming on June 24
Judy Huth is awarded $500,000 in damages, after jury ruled that Bill Cosby sexually assaulted her when she was 16, in 1975