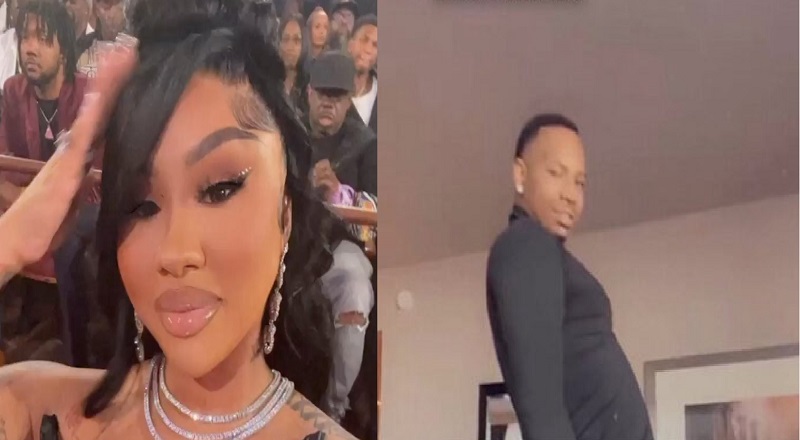 Ari’s Snapchat was leaked and pic of Moneybagg Yo shared

Ari first captured the attention of the fans, when she and G Herbo were still a couple. When she was giving birth to their son, Yoshon, G Herbo had a show. However, Herb rushing from the concert to the hospital went viral. The next few months were filled with cute videos of the young family. After that, Ari and G Herbo broke up.

Ari would accuse G Herbo of cheating on her with Taina Williams, Fabolous’ step daughter. After that, Herb did indeed begin dating Taina. Meanwhile, Ari was rumored to have a fling with Young M.A. Aside from them being at the same event, there is still nothing that ties them. Instead, Ari began dating Gervonta Davis and they were together for most of 2019.

Ari and Moneybagg Yo began dating at the end of 2019. During the 2020 lockdowns, fans got used to the idea of Ari and Moneybagg Yo being a long term couple. The two were not expected to make it, but are now going on three years. Earlier this year, there were rumors of the two breaking up. However, their recent appearance at the 2022 BET Hip Hop Awards shows they are still together. Last night, Ari’s Snapchat was hacked, and the hacker shared a photo of Moneybagg Yo, along with making some outlandish claims about Ari and Arrogant Tae.

Ari’s Snapchat was leaked and pic of Moneybagg Yo shared