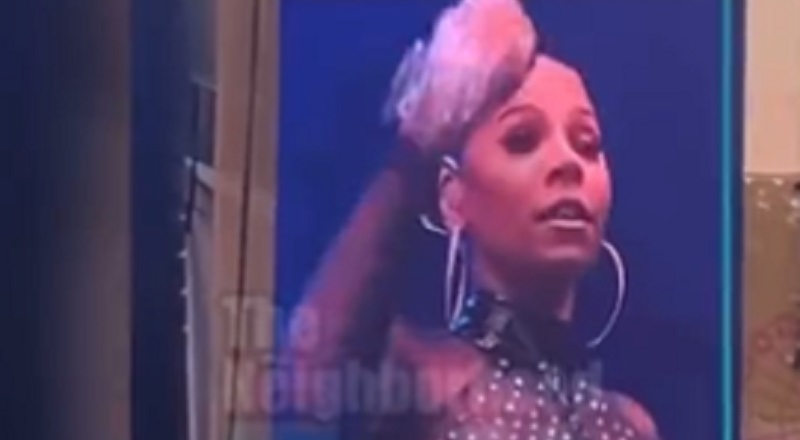 Ashanti roasted on Twitter for Rain On Me performance

Ashanti is one of the most talented singers from the 2000s. It is often overlooked that Ashanti was once the most popular name in R&B. When she debuted, she was actually bigger than both Mary J. Blige and Beyonce. Now, Ashanti has settled into her role as a veteran. This summer, her name was returned to the headlines, courtesy of Irv Gotti. Today, Ashanti’s rendition of “Rain On Me” at Atlanta’s One Music Fest has put her in the spotlight.

Ashanti made classics, early in her career. Actually, her debut solo single, “Foolish,” was a classic from the moment it was released. With “Baby,” Ashanti made another unforgettable track. However, “Rain On Me” is likely considered the staple Ashanti track. Ahead of its time, the song and music video detail the struggles women go through in abusive relationships. Irv Gotti later revealed Ashanti didn’t want to do any of those songs and he had to talk her into doing them. Much of this was later discussed in the BET documentary.

Ashanti was in Atlanta, last night, where she performed at the One Music Fest. By her side was none other than Ja Rule. In 2002, Ashanti and Ja Rule collaborated, creating several hit singles in that year, alone. However, from 2001 through 2004, Ashanti and Ja Rule made numerous memorable records. In addition, they once floated the idea of a joint album. However, none of that is the reason Ashanti is trending on Twitter. Instead, it is due to the scream Ashanti let out when she was performing “Rain On Me.”

Ashanti roasted on Twitter for Rain On Me performance

Never has “Rain On Me” required all of this damn yelling. pic.twitter.com/0Wn5Twczzc