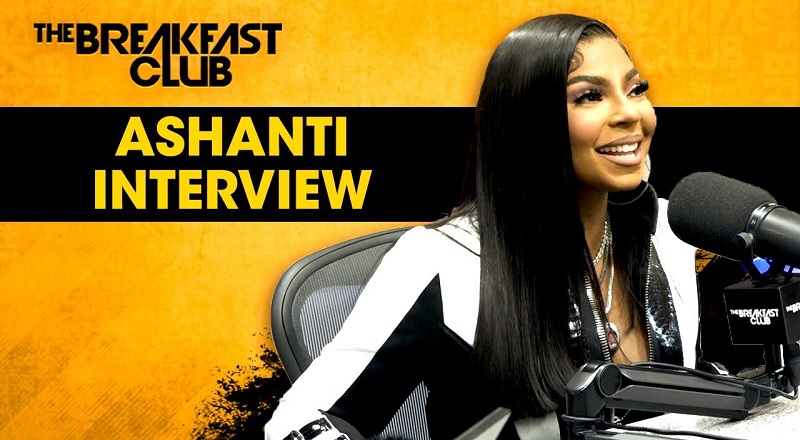 Ashanti talks Gotta Move On and more on The Breakfast Club

Ashanti is a truly unique artist in the game. First, she has not released any charting music in nearly fifteen years. However, she still manages to stay on the top of headlines. In addition, Ashanti’s music is still played daily. As a matter of fact, her music has been played daily for the past twenty years. This summer, she was placed back in the headlines by Irv Gotti, who had a lot to say about her. As a result, Ashanti aired him out on Diddy’s “Gotta Move On” remix.

Ashanti having to deal with Irv Gotti as an enemy is both shocking and annoying. Alongside Ja Rule, Ashanti and Irv Gotti made timeless music. Together, these three became legends, as they spent the bulk of 2002 at number one on Billboard Hot 100. Years later, their work is now being regarded as classic music, which it always was. It turns out, Ashanti and Irv added a little personal on top of their business relationship. That is the reason for Irv acting out.

Ashanti recently did an interview with Angie Martinez, where she responded to Irv Gotti. During that interview, she said she believes Irv wishes she would pass away. With that being the case, she could not reunite with him. This morning, Ashanti stopped by “The Breakfast Club,” on what was Angela Yee’s last day on the show. During the conversation, she spoke more on Irv, “Gotta Move On,” truth in music, and guys with “little energy.”

Ashanti talks Gotta Move On and more on The Breakfast Club