Home » Hip Hop News » Asian man in LA targets Black men by tasering them, leading to the men beating him in self-defense [VIDEO] 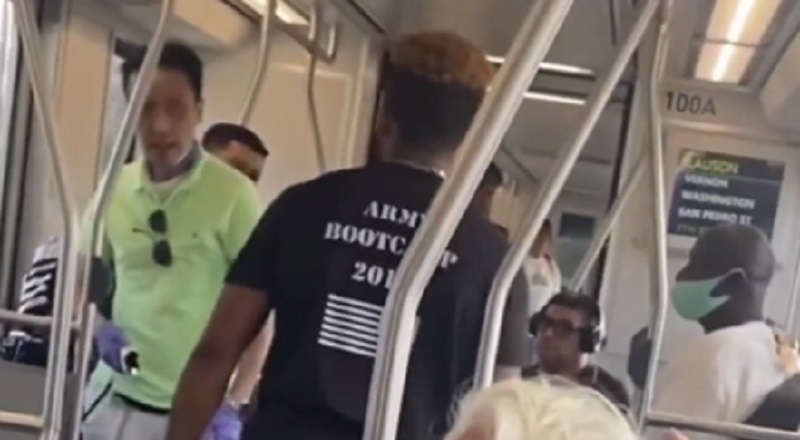 Asian man in LA targets Black men by tasering them

It is sad what the world has come to. Recently, an Asian man in Los Angeles targeted several innocent Black men. When he saw Black men, the Asian man began using a taser on them. As a result, the man was met with much hostility. This continues a disturbing trend of violent and erratic behavior, caught on social media, of people from different ethnic groups targeting each other. Last month, there was an Asian woman on a New York City subway, who made disparaging comments about Black people.

Currently, there is a race debate going on, stemming from Kanye West’s “Drink Champs” comments. The conversation went from what Kanye said to what Kyrie Irving reposted. In the case of Irving, he retweeted a video, and then wound up being suspended from playing. Since the situation has taken place, Kyrie Irving has missed his last six games. While people continue to debate the celebrity drama, there are more situations going on in every day life, which are sparking more debates.

This afternoon, a video on Twitter went viral of an Asian man who was targeting Black men. The man was in Los Angeles riding the train. In the video, this man is seen pulling his taser out and pointing it at every Black man he saw. As a result, the video depicts several Black men retaliating by physically hitting the man. After that, another part of the video showed the Asian man chasing one of the Black men with a taser through the train station.

Asian man in LA targets Black men by tasering them